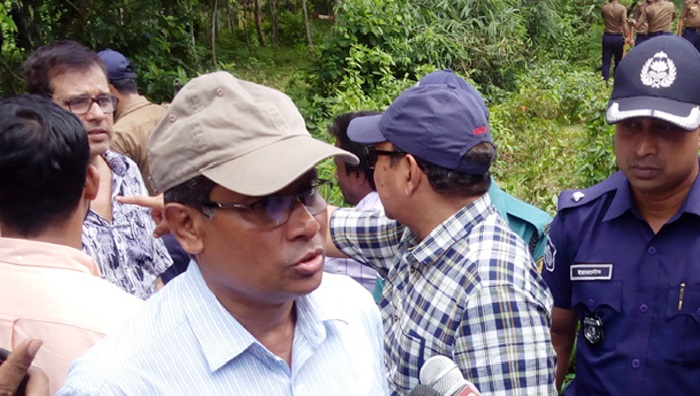 Rescue operation in Moulvibazar train mishap, that left 7 passengers dead and more than 200 others injured last night, is likely to come to an end by this afternoon, Rail Secretary Mofazzal Hossain informed.

Mofazzal Hossain disclosed it after he inspected the rescue operation site of the accident-stricken Upaban Express at Baramchal in Kulaura of the district.

Rail Secretary visited the accident the spot around 9:30am.

He said, ‘It might take until today evening before the rail link is restored.”

A salvage train has already reached the spot and been conducting rescue operation.

Two compartments of the train fell into the canal and one of them overturned.

Seven passengers were reported dead till now and more than 200 others injured in the derailment. the injured have been receiving treatment at different local hospital including Kulaura Health Complex, Moulvibazar Sadar Hospital and Sylhet MAG Osmani Medical College Hospital.