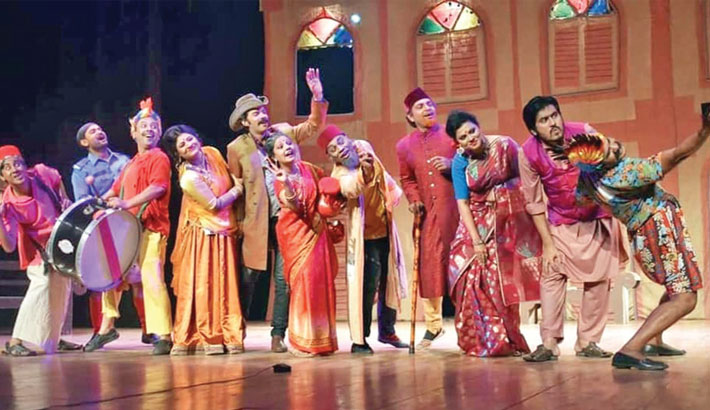 Popular theatre troupe Loko Natyadal will stage 718th show of its much-acclaimed production Kanjush at the Experimental Theatre Hall of Bangladesh Shilpakala Academy (BSA) in the capital today at 07:00pm.

The play has made history as the most-staged theatre production in the country recently. Based on playwright Molière’s world famous satirical comedy The Miser, Kanjus has been directed by liaquat Ali Lucky.

Through situational satire, humour and crude slapstick, Kanjus weaves the story of two families living in Old Dhaka. The story of the play is about a sixty-year-old very miserly person, Haider Ali. He does not wish to spend money even on his own son Kazim and daughter Laili. He has a big amount of money hidden in a pot in his garden.