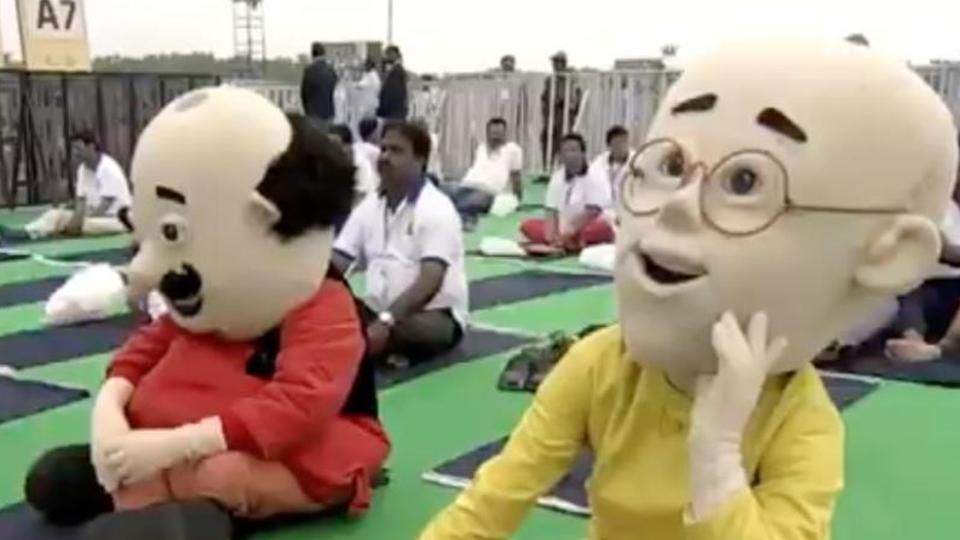 The characters were in the middle of the Prabhat Tara ground where Modi participated in a massive yoga event comprising 30,000 people.

“The Motu and Patlu characters were present in the ground to attract children towards yoga,” the Jharkhand government said in a statement.

The session continued for around 45 minutes.