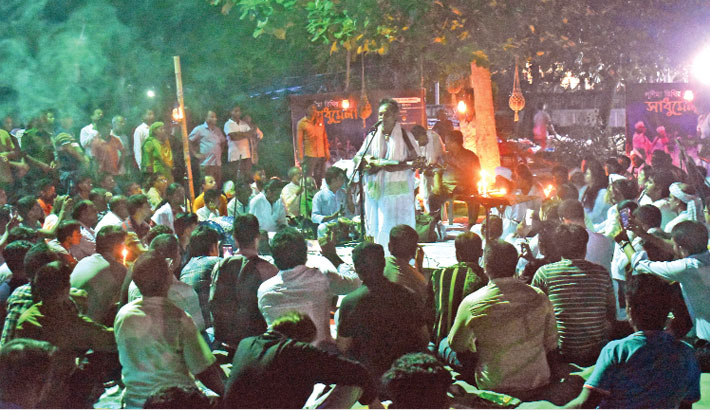 The third part of monthly ‘Sadhusanga’ began at 05:00pm and continued till 10:00pm on the day.

Bangladesh Shilpakala Academy organised the Sadhusanga as their regular activities.

Lalon used to gather his followers and friends on the Purnima Tithi when he was alive.

To note: Bangladesh Shilpakala Academy has been organising different national and internation festival, seminar on Baul since its inception.