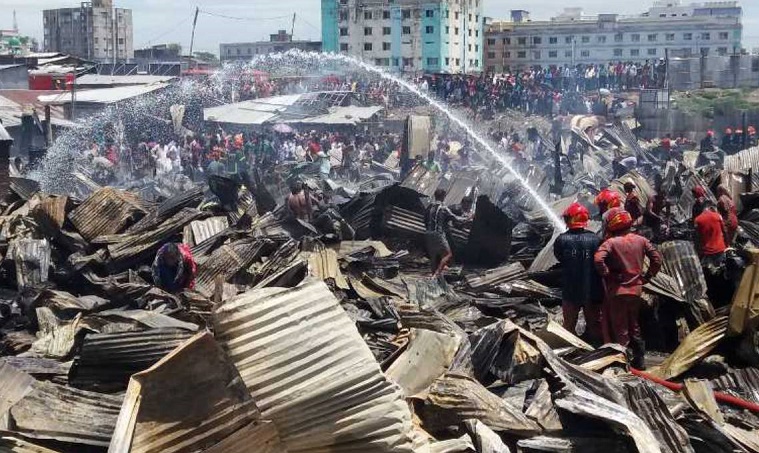 At least 100 shanties and eight shops were gutted in a fire at Chaktai Bhera Market in Bakolia area of the port city on Thursday morning.

The fire broke out at 9:30am and spread rapidly, said Jashim Uddin, deputy assistant director of Fire Service and Civil Defense.

Fifteen firefighting units went to the spot and extinguished the blaze after two and a half an hours of frantic efforts, he said.

The cause of the fire and extent of damage could not be ascertained immediately.

The local administration has formed a five-member committee to investigate the incident. It has been asked to submit a report within five working days.