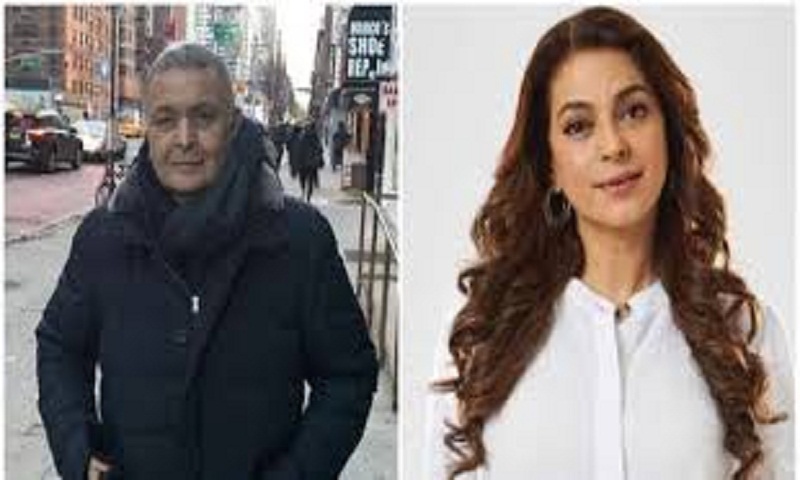 Rishi Kapoor and Juhi Chawla are all set to reunite in a film. The project, which is yet untitled, is set to go on floors soon, according to Deccan Chronicle. Kapoor, who has been in a New York treatment centre for Cancer will soon be returning to India to celebrate his 67th birthday, according to a report by the Mumbai Mirror.

The veteran actors will co-star after a gap of 23 years. They were last seen together in Abbas-Mustan’s Daraar in 1996. The film, a thriller, also starred Arbaaz Khan and Johnny Lever.

A source told Deccan Chronicle, “The film, written by Bhatia and Supratik Sen, started production last September. But Rishi’s health started deteriorating at that time and the RK Studio sale was also announced. A bigger catastrophe befell the Kapoors when Krishna Raj Kapoor expired hours after Rishi left for New York for his treatment. Now with Rishi’s return by the end of August, the makers are readying to go on the floors.”