Ruman Shana to play for bronze medal on Sunday 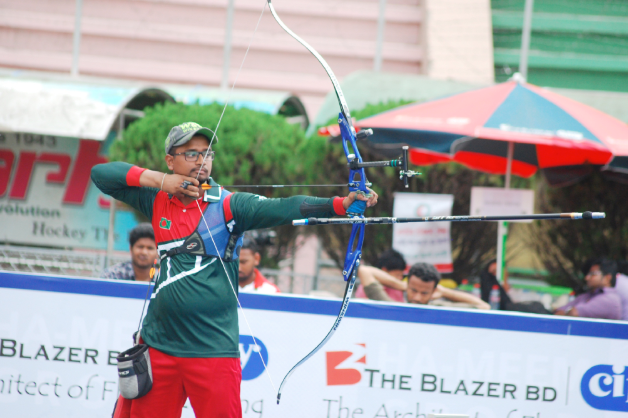 Mohammad Ruman Shana, who has qualified for the upcoming Olympics as the first Bangladeshi archer, will compete for bronze medal of men’s recurve individual of World Archery Championship on Sunday.

He will play against Mauro Nespoli of Italy at 8pm (BdST) at s-Hertogenbosch in the Netherlands.

Shana had lost to Malaysia’s Khairul Anuar Mohamad by 3-7 set points in the semifinal. But he confirmed his quota place for Olympics 2020 by defeating Van Den Berg Sjef of Netherlands by 6-2 set points in the quarterfinal.

The ongoing world championship is considered as the primary qualification tournament for the 2020 Tokyo Olympic Games.

Shana also defeated two-time world champion Kim Woojin of South Korea by 6-4 set points in the round of 8.