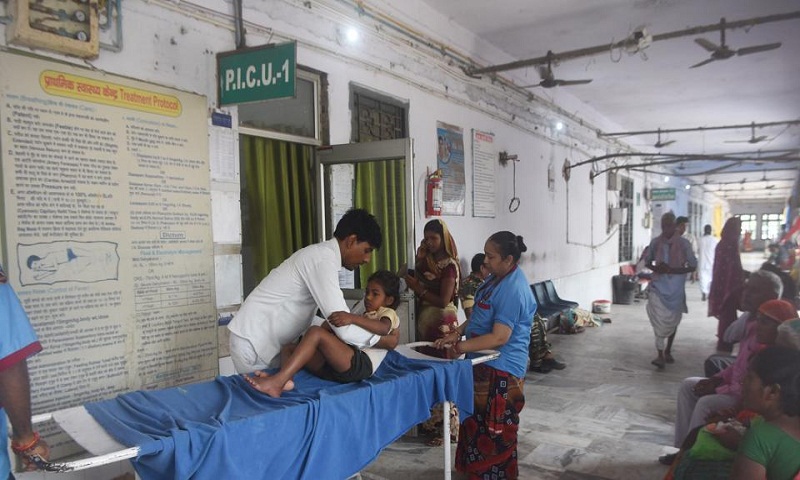 Nine more children died on Friday in Bihar’s Muzaffarpur district, which is reeling under an outbreak of brain fever, taking the toll to 63 this month, with officials maintaining the deaths were due to hypoglycemia.

All the victims have fallen prey to hypoglycemia, a condition caused by a very low level of blood sugar and electrolyte imbalance, they said.

The children died in two hospitals of Muzaffarpur, one of which was visited by state Health Minister Mangal Pandey during the day.

On Friday, a seven-member team from the Centre examined patients at the SKMCH and prepared a report on the hospital’s management of the disease.

The team led by Dr Arun Kumar Singh, national advisor of Rashtriya Bal Swasthya Karyakram, which submitted its report to the director general, health services, on Friday, said resources were not being optimally utilised at the hospital, a state health official privy to the report said.

A copy of the report was also handed over to Sanjay Kumar, the principal secretary, health, in Bihar.

Since June 1, 178 and 72 children were admitted in SKMCH and Kejriwal hospital respectively with suspected cases of Acute Encephalitis Syndrome (AES) but most of them were found to be victims of hypoglycemia, reports HT.