Speak Bengali in Bengal, says Mamata in 'fight against outsiders' 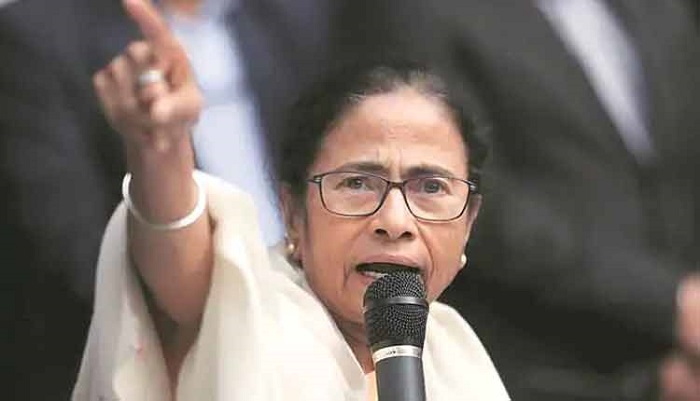 Bengal chief minister Mamata Banerjee hardened her stand against non-Bengalis on Friday when she said that speaking Bengali is a must for those living in the state.

"We have to bring Bengali forward," Mamata told a Trinamool gathering in Kanchrapara, which has a significant population of non-Bengali speaking people. "When I go to Bihar, UP, Punjab, I speak their language. If you are in Bengal, you have to speak Bengali. I will not tolerate criminals who stay in Bengal and roam around on motorbikes," the CM said.

Mamata's insistence on speaking Bengali is yet another effort to trump BJP, which she has accused of creating religious divide by popularising slogans like 'Jai Shri Ram' in Bengal.

Her assertion on Bengali is in line with the tactic that she has adopted since the desecration of Iswarchandra Vidyasagar's bust during BJP chief Amit Shah's roadshow in Kolkata before the polls. She has been trying to build the "Bengali-ness" and "outsider" rhetoric in an attempt to check BJP.

On Thursday, she had said, “The junior doctors who are protesting are outsiders." Mamata's stress on speaking Bengali is an extension of that narrative.

However, unlike a fortnight ago, when Mamata lost her cool in Bhatpara when a group of men chanted 'Jai Shri Ram' slogan, Banerjee did not stop her convoy to chastise BJP supporters who had gathered to raise the slogan.