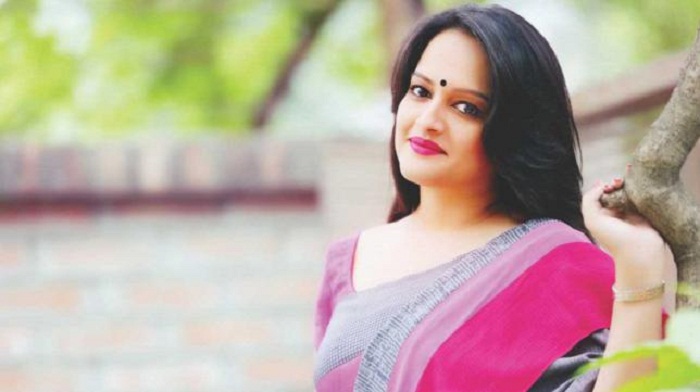 Popular small screen actor and singer Rumana Rashid Ishita has released a new song titled ‘Aamar Obhiman recently. This song is being well received by the audience. The song already reached over 273K views on YouTube channel of G-Series.

Talking about the song Ishita said, “I am very happy with my latest work, and I have done this song very cordially. I am getting huge positive responses from the listeners and viewers. I am very much thankful to them. They are my inspiration to do better work.”

It may be mentioned that, Ishita’s last album ‘Raat Nijhum’ was released in 2002. After a 16 years long hiatus from the music industry, the singer returned with the song ‘Tomar Janalay’ in last year.

The lyrics of the song were written by Sohel Arman and the music arrangement was done by Ibrar Tipu.

Beside media industry, Ishita is also working as a guest faculty at Department of Marketing under School of Business of Southeast University.