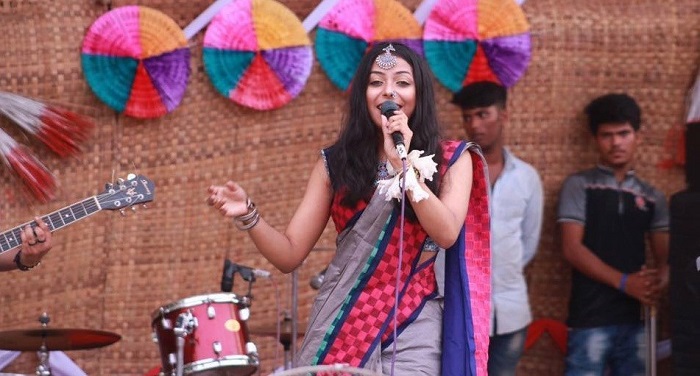 Dina has gained cross border popularity though two traditional folk songs ‘Assam Jabo" and ‘Dilona Dilona’, which made vibes among listeners on streaming site YouTube in Bangladesh and India.

She is now studying Business Administration at North South University. She completed her grade-12 education from Chattogram schools.

Dina has also break the phenomenon of absence of practice of traditional music at campuses of privately-run higher educational institute like North South University.

In a statement, Dina shared her achievements focusing on her engagement with traditional folk music as well as cultural philosophy.

The girl hails from the port city, started relationship with music in early childhood when she was only 12. From then, Dina fell in love of nature and started thought about the inner philosophy of cultural diversification.

“I believe in Sufism. As a great follower of Jalauddin Rumi, I have an emended liking towards the folk music including – Qawali and Baul songs,” Dina said.

Dina described a philosophy of Jalauddin Rumi saying, “In the house of lovers, the music never stops. The walls are made of songs and the floor dances".

She strongly believes that music is another life which gives her an inner peace.

“Doing music was not that easy for a girl like me. I had to fight a lot, struggle a lot while continuing my music. It is because i belong from a media core conservative family of Chattogram where people are not allowed or being supported for doing cultural activities like singing or dancing... I had to fight with the society as well as my family for perusing my dream,” Dina explained as she struggled in early stage of commencing journey with cultural arena.

“To me my biggest achievement is that through my music I have created a place in people’s heart. People know me and love me for the soul music I have presented them. I always look for presenting soul music to my listeners,” Dina said and concluded the chat.