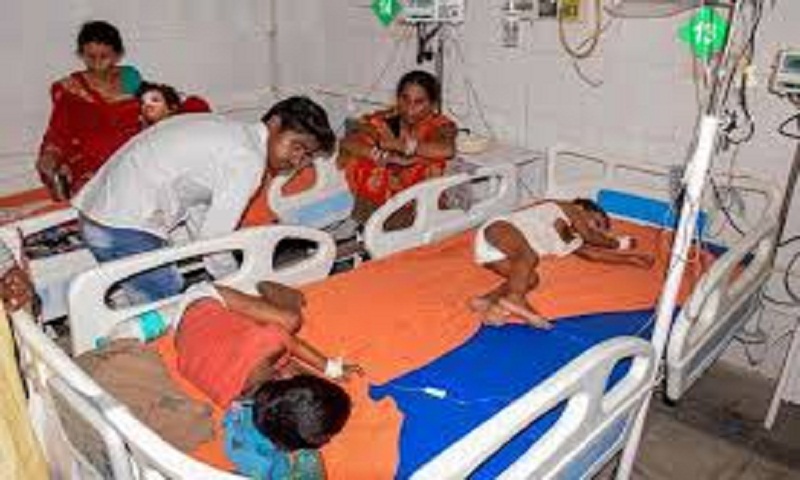 As many as 43 children below the age of 10 years have died at two hospitals in Bihar’s Muzaffarpur district this month after being admitted with Acute Encephalitis Syndrome (AES).

The state government has not cited AES as cause of death and has instead attributed most of them to hypoglycemia — meaning low blood sugar level. Experts, however, say hypoglycemia is one aspect of AES.

A seven-member Central government team is likely to visit the hospitals soon and suggest guidelines.

Bihar Chief Minister Nitish Kumar has expressed concern over the situation and directed the health department to ensure that primary health care centres and hospitals follow standard operating procedures to deal with the cases.

Shri Krishna Medical College and Hospital (SKMCH) took in 117 such patients since January — 102 of these were admitted in June and 36 of them died.

Kejriwal Matrisadan admitted 55 AES cases since June 1 and of them, seven children have died. Currently, four patients in Kejriwal Matrisadan and six children in SKMCH are in a critical condition. The hospitals have discharged 41 children with AES after treatment, reports The Indian Express.