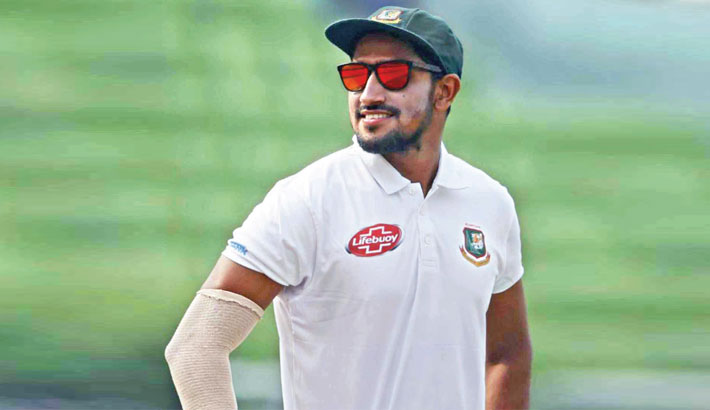 Bangladesh Test pacer Khaled Ahmed will go under the knife as he had damaged his left knee recently, said Bangladesh Cricket Board officials on Wednesday.

Khaled, who is considered to be one of the pace bowlers and groomed for the longer version, damaged his left knee at his hometown during the Eid-ul-Fitr break of elite camp.

BCB officials said that the MRI report suggests that he had damaged his meniscus to an extent that surgery will be required to recover fully.

Physiotherapist of BCB, Bayjedul Islam Khan confirmed the Daily Sun about the development that can be considered a huge blow as Khaled was the front runner to feature in the four-day matches against Afghanistan A.

Bangladesh A team will host Afghanistan A for a series comprising with two four-day matches followed by five 50-over matches from July 5.

“As per the MRI report Khaled had damaged his meniscus of the left knee to an extent that there is no alternative but for a surgery,” Bayjedul said.

“He will be out for at least three to four months after completing the surgery,” he added.

Khaled admitted that he is disappointed with the present state of affair.

“I was watching a World Cup game of Bangladesh at my home and suddenly I felt muscle cramp. I tried to move my leg quickly in order to free my muscle and unexpectedly hurt myself,” he added.

Khaled, who played two Test matches so far, made his debut against Zimbabwe in 2018 while he played his last Test at Hamilton in New Zealand in February 2019.

“It is a huge blow for us as we wanted to prepare him for the upcoming Test series by providing him a platform to bowl longer spells during the four day matches against Afghanistan A,” said Bangladesh team chief selector Minhajul Abedin.

Bangladesh will take on India in two-match Test series from November 14 at Indore following their three Twenty 20 internationals, beginning on November 3.

Bangladesh will play the last Test in Eden from November 22 and Khaled was very much in the team management’s plan of scheme.