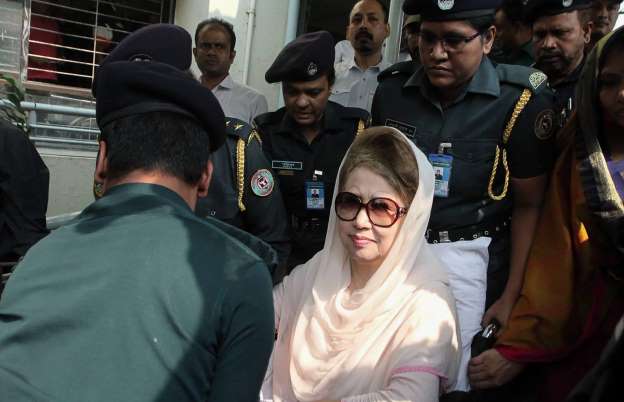 The BNP chief has been suffering from fungal infections in her mouth and tongue for some days, doctors said.

She was taken to the dental unit in the hospital's ‘A’ block from her Cabin No 621 for treatment on Wednesday.

Confirming the news, Nazmul Karim, additional director of the hospital said she was brought back to her cabin about an hour later.

Khaleda Zia, admitted to BSMMU's cabin No. 621 since April 1, has been receiving treatments under a medical board of experts at the hospital.