800 ducks ‘poisoned’ to death in Netrakona 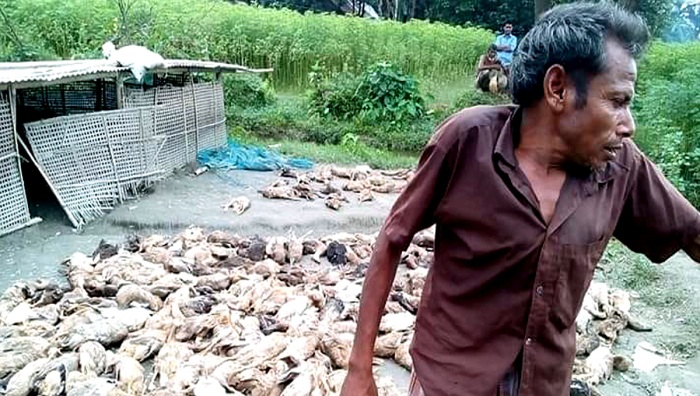 Some 800 ducks of a physically challenged farmer were ‘poisoned’ to death at Chhabila village in Kendua upazila on Sunday.

Victim Abdul Quashem said he took his 1,700 ducks to a nearby haor from his farm in the morning as usual.

The ducks grazed in an abandoned paddy field and soon some of them started to die, he said.

As of noon, around 800 ducks died, Quashem said.

They suspected that the ducks were poisoned to death.

They, however, said it will be clear after investigation how the ducks died.