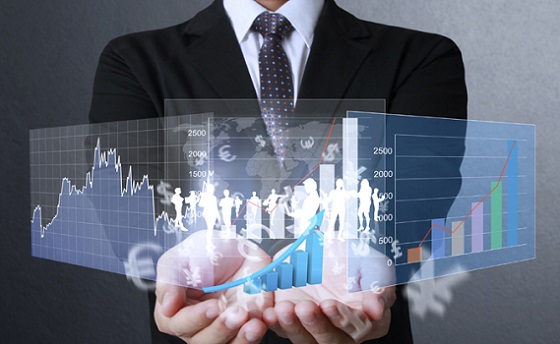 Nowadays “zero-tolerance” has become a buzzword in our political discourse. After winning the 11th parliamentary election with astounding majority seats and votes amid allegations of vote-stuffing, the ruling party’s (Awami League) major challenge is to establish good governance in running the government and to uproot corruption from the country. The new government seems to have taken a policy of zero tolerance against corruption because the Prime Minister, Sheikh Hasina, expressed her views on zero tolerance for corruption several times after she assumed the office. But only the PM’s utterances will not help much if the executive body of the State, especially bureaucracy, is not serious about removing corruption. So, a strong political will is imperative. Bureaucracy must be free from politicisation and cronyism. Otherwise, zero tolerance will turn into a zero-sum game!

In January 2019, it was reported that Bangladesh ranks 3rd among the world’s top countries with the fastest millionaire population growth. Besides, the country has the world’s third highest income inequality between the rich and the 20 million extreme poor. According to a recent survey conducted by Bangladesh Bureau of Statistics (BBS), inequality in the country is at an all-time high. This trend has raised questions and concerns about the quality of the country’s much-talked-about GDP growth (7 or 8 per cent) because the high GDP growth over the past few years has failed to create jobs on a large scale. Consequently, the country is experiencing a phase of jobless growth. However, the reasons behind income disparity between the rich and the poor have been identified by Dr Zahid Hussain, the lead economist of the World Bank’s Dhaka office. And one of the major reasons identified is unbridled corruption. He said, “Using public office for private gains is something the poor are never in a position to engage in and benefit from.” (The Daily Star on May 19, 2019)

Corruption has reached epidemic proportions, and it is seen in almost all sectors – both public and private – in Bangladesh. The rampant corruption is a potential threat to establishing good governance, and without ensuring good governance and accountability, corruption will not be removed. And the recent trend of corruption involves gross financial irregularities in the banking sector and the flight of capital. However, the PM’s stand on “zero tolerance against corruption” has been supported by the people in general, but the citizens want to see effective, credible and stern actions against the corrupt government officials, public money plunderers and big loan defaulters. The search for big culprits must start with people who are close to power and politics. Even the previous culprits, in banking sector and share market, must be brought to book.

Food adulteration is now a menace to public health and food safety. Recently, the High Court has banned the sales of 52 types of food product from several leading consumer brands which have been identified as substandard by the Bangladesh Standards and Testing Institution (BSTI). On 12 May 2019, after hearing a writ petition, Justice Sheikh Hassan Arif said, “We urge the government and the head of the government to declare a war on food adulteration. If necessary, an emergency should be declared over the issue of food safety like what was done in the crackdown on drugs,” He also add that the court would not stop dealing with such issues considering public interests even though these are supposed to be handled by the executive branch of the State.

We must perceive the detrimental effects of adulterated food we consume every day. If the State cannot ensure food safety, the nation will have a paralysed generation in future. Given the intensity of the menace, the government should immediately take a zero-tolerance policy on food adulteration. We know that the law enforcers bolstered drives against drugs after the PM announced the ‘war on drugs’ last year. Many drug peddlers were reported to be apprehended, and some others surrendered to the RAB. Yet, this drive is on. However, people demand exemplary punishment for those who are involved in food adulteration.

Now it is time to exercise a policy of zero tolerance against the sexual abusers/rapists because the incidents/cases of sexual harassment/abuse have recently been on the rise throughout the country. Following the brutal killing of Feni Madrasa student Nusrat, the government seems to be serious about bringing the perpetrators/culprits to justice. Meanwhile, the Police Bureau of Investigation (PBI) has finalised the charge sheet against 16 people accused. Since the brutal incident was brought to PM’s notice, she gave quick directives to the law enforcement agencies. Later, the investigating authority took it seriously and completed investigation at the quickest possible time. Apparently, PBI has done a good job and recommended in the report exemplary punishment (death penalty) for the culprits involved in the grisly murder.

But, the government is reluctant to take any policy of zero tolerance against the loan defaulters (by choice) who have allegedly laundered huge amount of public money (about BDT. 100,000 crore). Bangladesh Bank also seems to be patronising big loan defaulters who have been given further opportunities to get bank loans in line with the BB’s May 16 circular. We want a very clear and strong statement from the BB in this regard. Even the High Court has recently given an observation that the country’s banking sector is no longer business-friendly; rather, banks have become organisations of usurers. As a regulatory body, BB should act independently and exercise its autonomy in bringing the defaulters to book and establishing good governance in the banking sector. The government should not interfere in BB’s policy making mechanism.

Due to lack of good governance, the present government is struggling to rein in corruption in all sectors. A truly functional democracy is the key to establishing good governance in the country. The current “development paradox” will not help the country reach a point where it can ensure decent living for all citizens. We hope the government will sustain its zero-tolerance policy on drugs, corruption, sexual abuse and food adulteration. If the government holds back, people will definitely lose faith in the government. And zero-tolerance will end up a zero-sum game!

The author is chair and associate professor, Department of English, Stamford University Bangladesh. He could be reached at [email protected]