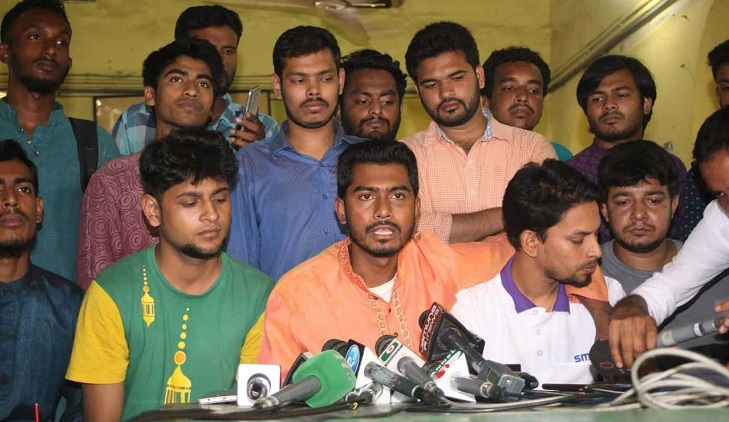 He also claimed that the Chhatra League men who attacked him in Bogra were trying to kill him.

He came up with the statement while addressing the press at the Madhur Canteen in Dhaka University around 1:00 pm.

The Bangladesh General Students’ Rights Protection Council (BGSRPC) joint-convener said, "Chhatra League’s attack on me during our iftar mahfil in Bogura proves that it is becoming a communal organisation day by day.”