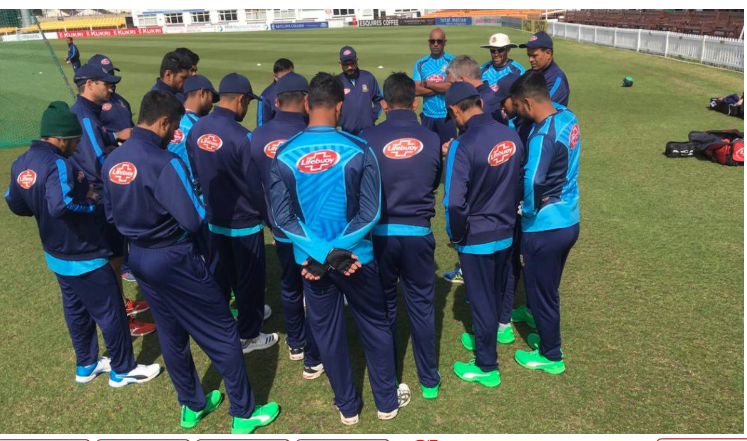 After the first warm-up against Pakistan was washed out due to persistent rain, the Tigers are now gearing up to face India, who ranked two in the ICC ODI teams, in the final warm-game before the ICC World Cup on Tuesday at the Sophia Garden, Cardiff.

The match came as the final chance for the Tigers to sort out their best combination before the World Cup. Right before going to England and Wales to participate in the biggest cricketing event, the Tigers have won their first-ever multinational ODI tournament in Ireland.

But given to the strength of current Bangladesh set-up, the other two opponents of that event - - West Indies and Ireland -- were easy to fight against.

So the two official warm-up games before the actual tournament begins on May 30 are Bangladesh’s last chance to sort out their plan for the mega event.

While Bangladesh are disappointed due to failing to play the first warm-up game, India are also dissatisfied as they lost their first warm-up game to New Zealand. India suffered a rare batting collapse in the match.

India batted first in the match and tumbled for 179 in 39.2 overs. They failed to manage an ideal start to their innings as they lost seven wickets before posting 100 runs on the board.

The famous batting line of India involving Rohit Sharma (2), Virat Kohli (18) and Shikhar Dhawan (2) failed to face the Kiwi pace attack in a right manner. They lost five wickets to the first two bowlers of New Zealand -- Tim Southee and Trent Boult. While Boult bagged four scalps for 33, Southee took one. India were also clueless to face James Neesham who haunted three for 26 in six overs.

In reply, New Zealand chased the total of 179 down in 37.1 overs with six wickets in hand. Captain Kane Williamson and the veteran Ross Taylor hit 67 and 71 respectively to seal the game.

However, Ravindra Jadeja, the spin-bowling all-rounder of India showed firm confidence with the bat as he posted 54 off 50 coming to bat at eight. The effort was making a case for his inclusion in the world-cup set-up of India.

Bangladesh need to prove their worth on the Tuesday’s battle against India. Steve Smith, the head coach of Bangladesh, has urged the Bangladesh stalwart - Shakib Al Hasan - to show the world why he is number one ODI all-rounder.

“He is looking forward to a wonderful tournament. I think he has got a bit of a point to prove and he probably thinks that as well. He seems to have been a little bit forgotten but now he backed as the world's No.1 all-rounder in ODI cricket - and that is where we think he belongs,” Steve Rhodes told the ICC on Sunday.

Shakib, who missed the final of the tri-nation series in the Ireland due to an injury, got the India match his as last chance to get prepared ahead of the World Cup. The match is also important for Sabbir Rahman, who failed to impress in the final. He came to bat at number three in the absence of Shakib but got dismissed without adding anything on the board.

After the warm-up game against India, the Tigers will host their camp in London where they will play first two of their World Cup battles against South Africa and New Zealand respectively on June 2 and 5.