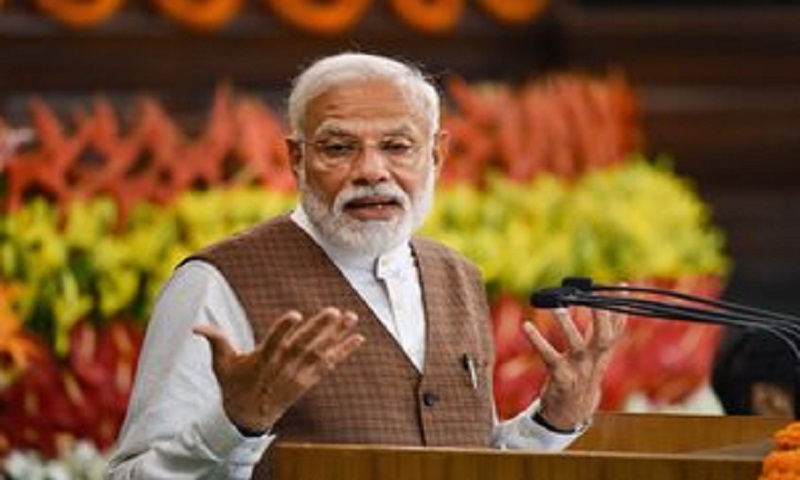 Prime Minister Narendra Modi continues to receive congratulatory calls from leaders across the globe for returning to power with a massive majority in the Lok Sabha elections, reports PTI.

A statement from the prime minister's office said all calls were received Saturday.

Modi thanked the Crown Prince for his felicitations and conveyed his appreciation for his invaluable friendship with people of India and his personal interest in furthering close relations between the two countries.

The Emir felicitated the Prime Minister and noted the deepening relationship between India and Qatar.

The prime minister thanked the Emir and expressed appreciation for his guidance in building strong partnership between the two countries, the statement said.

Congratulating Modi, Chancellor Merkel noted the growing relationship between the two countries and expressed her desire to further enhance cooperation in areas of mutual interests.

The Prime Minister thanked her and noted the exemplary role played by her in furthering bilateral ties between the two countries as well as for global peace and prosperity.

The two leaders look forward to interacting at the forthcoming G 20 Summit in Osaka, Japan, and to the Inter Governmental Consultations between the two countries later this year in India.

Prime Minister May congratulated Modi on the strong mandate.

Describing the Lok Sabha polls as a major showcase for democracy, Prime Minister May complimented the people of India on completion of the significant exercise.

Prime Minister Modi thanked her and expressed his desire to continue to work for further deepening bilateral cooperation with the United Kingdom in all spheres.

The prime minister thanked Rajapaksa for his greetings.

"Stating that as neighbours India and Sri Lanka enjoy longstanding, close and friendly relations, the prime minister expressed the confidence that these relations will continue to grow for the benefit of the people of the two countries as also for regional peace and prosperity," the statement read.