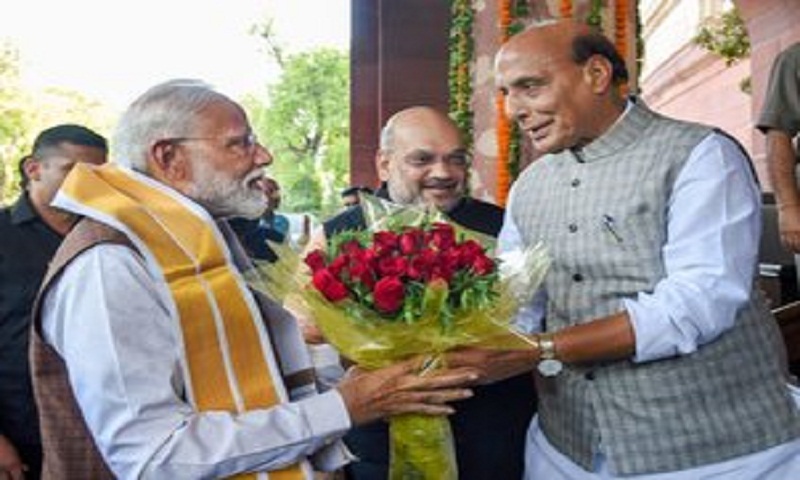 Prime Minister Narendra Modi was unanimously elected leader of the BJP-led National Democratic Alliance on Saturday at a meeting attended by its newly elected MPs and senior leaders in Parliament's Central Hall.

Modi will now call on President Ram Nath Kovind to stake his claim to form the government, following which he will be sworn in as the next prime minister, likely next week.

"Modi is elected the leader of the parliamentary party of 353 MPs unanimously," BJP president Amit Shah announced after the election as Modi acknowledged the support and cheers from MPs.

Senior BJP leaders L K Advani and Murli Manohar Joshi were present on the dais with other alliance leaders.

Modi's election was a mere formality as the NDA had already declared him the alliance's prime ministerial candidate.

He has led the NDA to a landslide win in the general election, with the BJP winning 303 seats, its highest ever, and its allies 50.