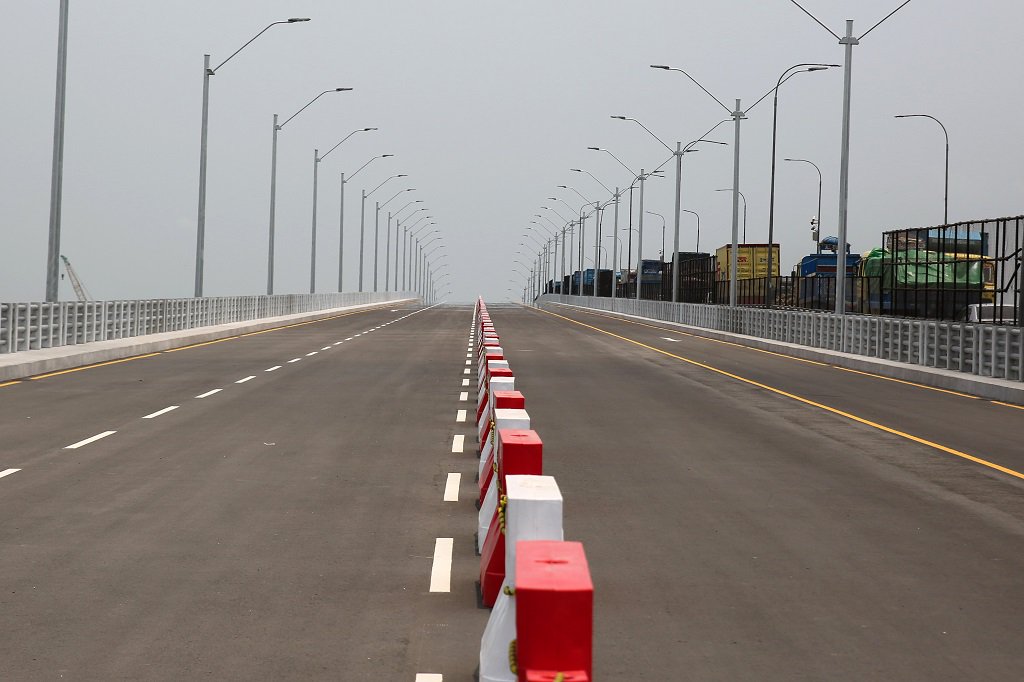 The Prime Minister opened the two bridges through a videoconference from her official residence Ganabhaban.

On March 16, Sheikh Hasina inaugurated the Second Kanchpur Bridge on the Shitalakkhya River, another bridge of the same project.

Later, the government extended the deadline for six months by re-fixing it at December 2019. But, the construction of the bridges has been completed around seven months before the schedule.

The work on the around 400-metre new Kanchpur bridge, with a cost of Tk 950 crore, was completed in December 2017 and the new one is two metres wider than the old one. The authorities have already started restoration work on the old bridge.

Dual carriageway between the port city and the capital shrinks to a single one at the Meghna and Gumti bridges. The old Kanchpur Bridge is technically a dual carriageway, but its width is not adequate.

Given the situation, traffic often crawls to a halt at the approaches to the bridges. The situation worsens ahead of Eid and during weekends as more vehicles ply the highway.