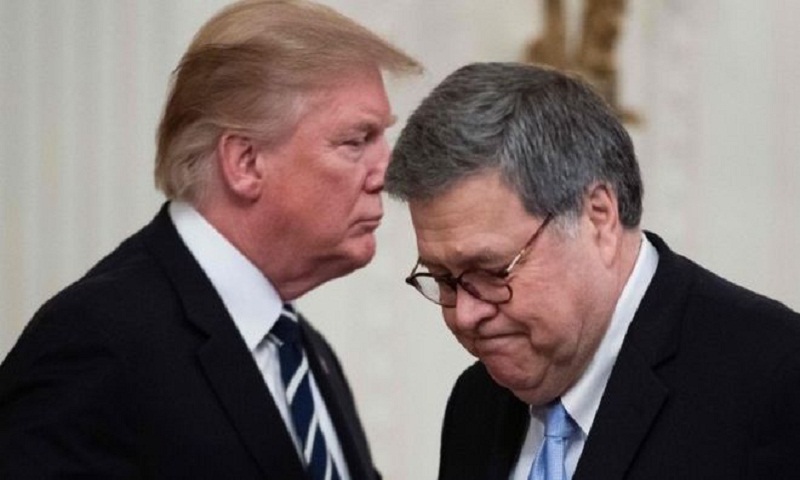 US President Donald Trump has ordered US intelligence agencies to co-operate with an investigation into whether he was spied on during the 2016 election.

The probe, headed by Attorney General William Barr, is examining the origins of the Russia investigation.

It has long been requested by Mr Trump, who often labels the inquiry into Russian interference a "witch hunt".

On Thursday he announced a directive that gave Mr Barr sweeping new powers, including to declassify documents.

Mr Barr is already subject to intense scrutiny and criticism by Democrats - who have accused him of acting on the president's behalf and not in the national interest.