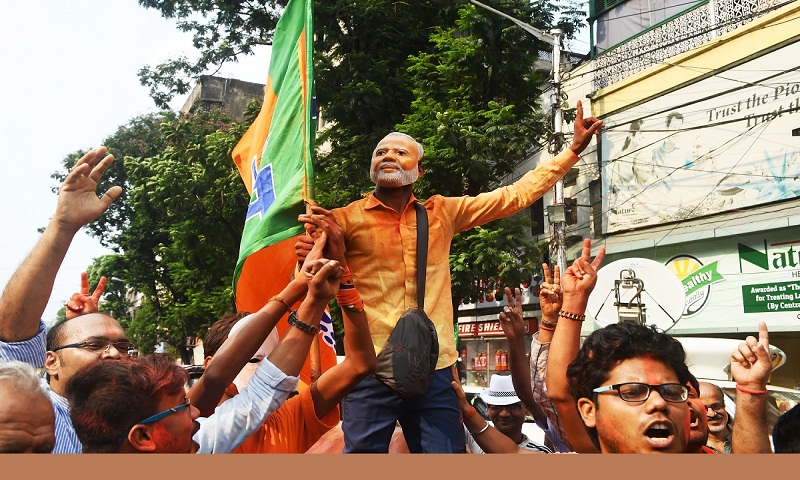 With Prime Minister Narendra Modi led BJP scripting history on Thursday by sweeping the Lok Sabha elections and crossing the 300-mark, congratulatory messages started pouring in from home and beyond.

Congratulatory message from a close friend and neighbour! In a letter, President of Sri Lanka @MaithripalaS has felicitated PM @narendramodi on the electoral victory.

From a long standing friend! Russian President Putin has sent a congratulatory message to PM @narendramodi and has confirmed his readiness to work together to build up the full range of bilateral relations and constructive interaction in international affairs.

PM of Japan @AbeShinzo called PM @narendramodi and congratulated him for the victory in the 2019 General Elections. Both leaders reiterated their commitment towards further strengthening the India-Japan Special Strategic and Global Partnership.

PM of Vietnam Nguyen Xuan Phuc has written to PM @narendramodi congratulating him for the victory at the elections and looked forward to working together to further promote the depth & effectiveness of the relations.

Bangladeshi PM Sheikh Hasina has sent a congratulatory message to PM @narendramodi for the victory in the elections under his leadership, wishing peace, happiness & prosperity for the people of India.

Wishes from a cherished friend and strategic partner PM of Singapore @leehsienloong has sent a message of congratulations to PM @narendramodi  and welcomed India’s deepening engagement in the region.

Pakistani Prime Minister Imran Khan tweeted, “I congratulate Prime Minister Modi on the electoral victory of BJP and allies. Look forward to working with him for peace, progress and prosperity in South Asia.”

John Magufuli, President of Tanzania tweeted, “On behalf of the Government and the people of Tanzania, I congratulate Y’r Excellency Narendra Modi on y’r re-election as Prime Minister of India.This indicates the confidence that y’r compatriots  have in you. Be assured of our commitment to strengthen our bilateral co-operation”

Benjamin Netanyahu, Prime Minister of Israel tweeted, “Congratulations, my friend @Narendramodi, on your impressive election victory! The election results further reaffirm your leadership of the world’s largest democracy. Together we will continue to strengthen the great friendship between India & Israel.