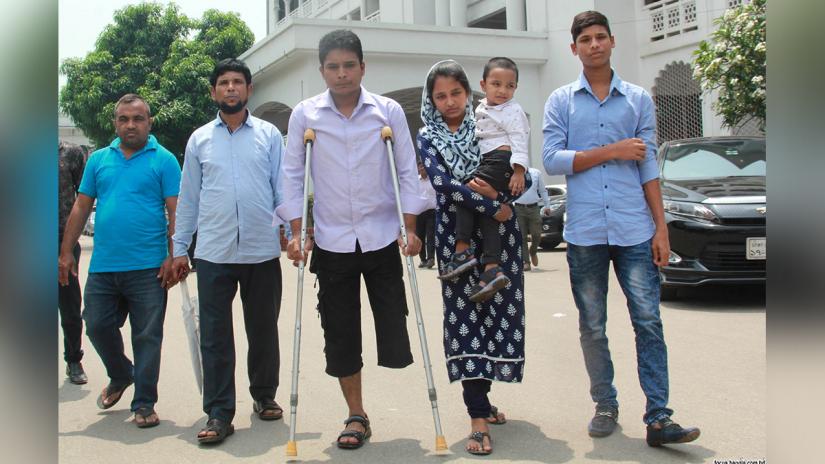 Expressing anger to Green Line Paribahan authorities for not implementing its order over compensating Russel Sarkar, the High Court on Wednesday ordered it to pay the remaining Tk 45 lakh to the victim as per its earlier order by June 25.

The court warns Advocate Md Ozi-Ullah, lawyer for Green Line Paribahan, not to consider its generosity as a weakness. It will take appropriate legal action for implementing its order over the compensation of Russel Sarkar, the HC said.

Russel, 26, who was a driver, lost his left leg from below the knee after he was knocked down by a Green Line bus near Mayor Mohammad Hanif Flyover in the capital on April 28 last year.