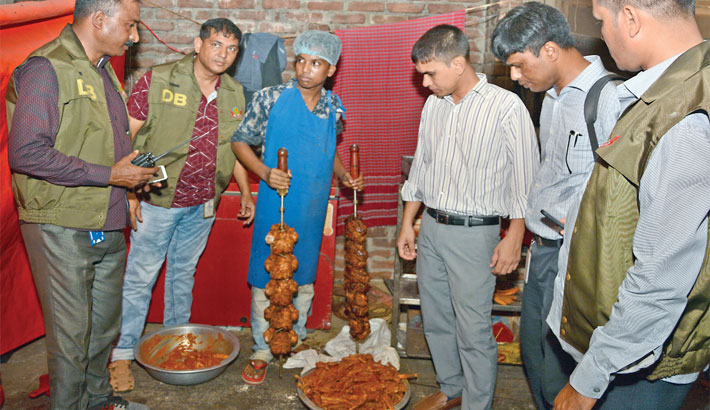 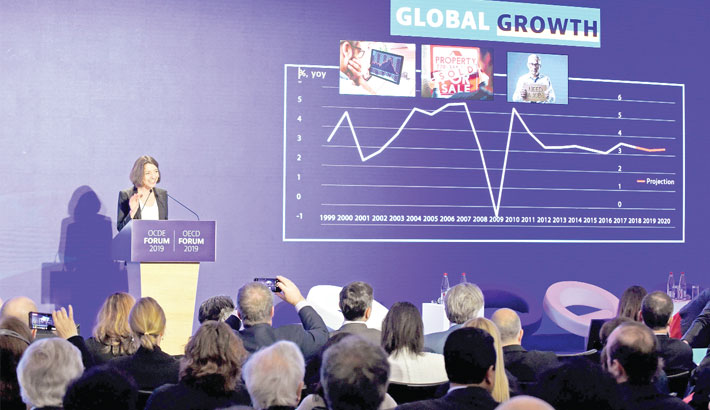 Chief Economist of the Organisation for Economic Co-operation and Development (OECD) Laurence Boone delivers a speech as she presents the OECD Economic Outlook at the OECD headquarters in Paris on Tuesday. Global trade tensions and political uncertainty are weighing on the world's economy, the OECD warned on Tuesday, cutting its global growth forecast for this year to 3.3 percent, down from the 3.5 percent it predicted in November. 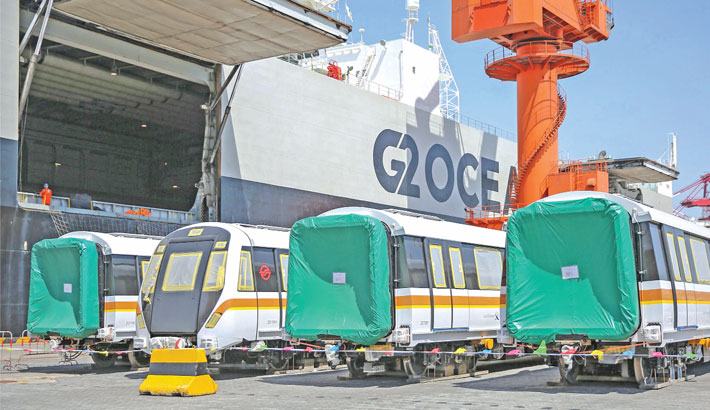 This photo taken on Monday shows automated urban subway cars waiting to be exported to Singapore at a port in Qingdao, in China's eastern Shandong province. 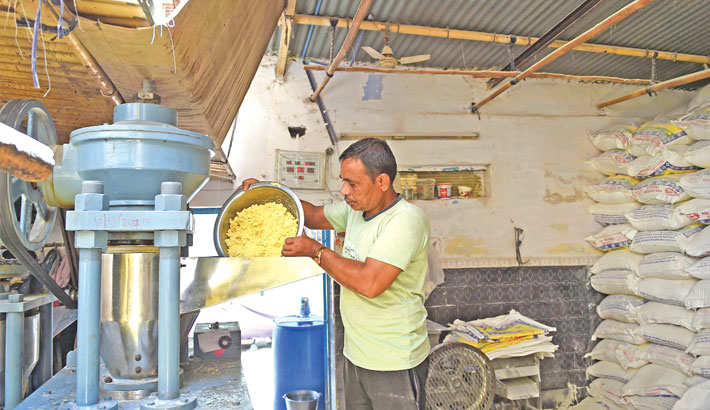 An Indian worker prepares vermicelli made from saffron and milk at a workshop in Ahmedabad on Monday. Saffron Vermicelli are in high demand during the Holy Month of Ramadan and it's cost is three times higher than usually. 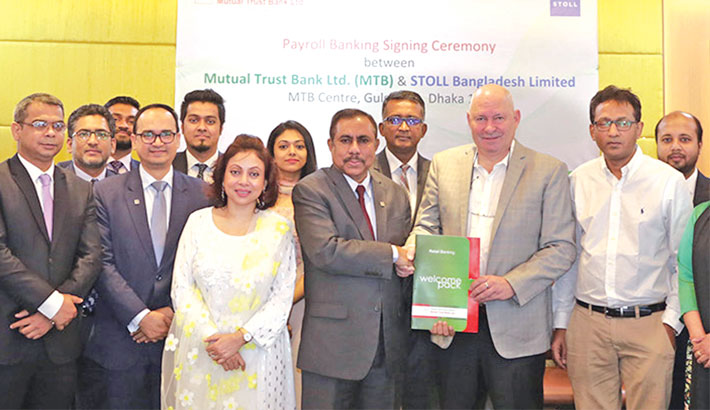 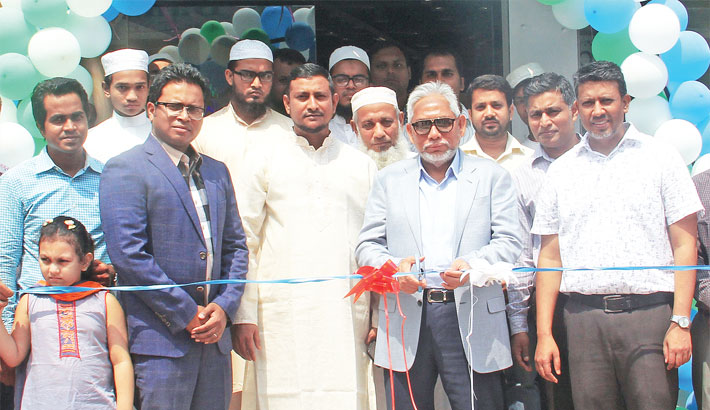 DBL Ceramics Chairman Abdul Wahed inaugurates an exclusive dealer outlet of the company at Mirpur in the capital on Tuesday.

Rajshahi Krishi Unnayan Bank Chairman Mohammad Nazrul Islam presides over the 497th board of directors meeting of the bank at its head office in Rajshahi on Tuesday. 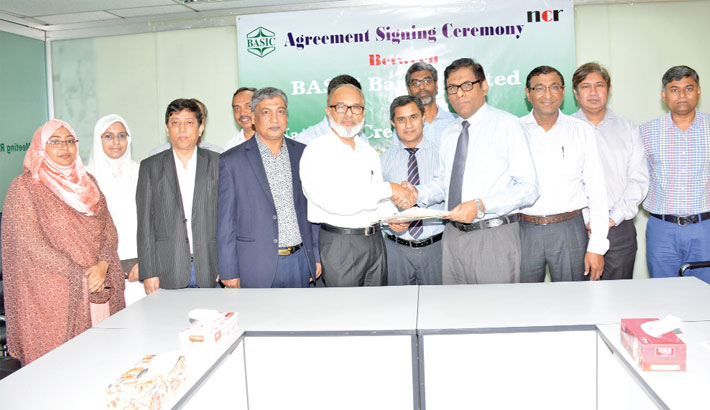