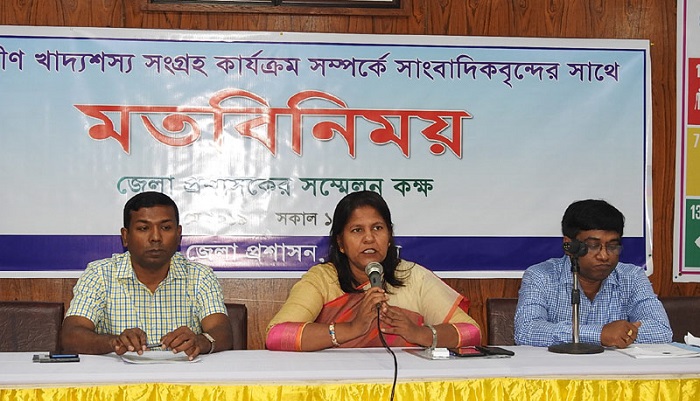 Deputy Commissioner Anjuman Ara held a view exchange meeting with the journalists at her office on Tuesday morning.

When asked by the journalists, Anjuman Ara said, we have emphasized on creating a list of actual farmers in the district. We won’t compromise while creating the list.

The DC office authorities also said the purchased paddy will be reserved in five Local Supply Depots (LSD) warehouses of the district.

“We are creating a list of real farmers. Once the list is finalised, farmers can sell their paddy to the warehouses,” Anjuman Ara said.

According to the Narail District Agriculture Extension Department, 3,908 metric ton rice and 1,459 metric ton paddy will be procured in the district. The rice will be bought form the rice mills owners, while paddy from the enlisted farmers.

On Sunday night, the captain of the Team Tigers talked to the DC over telephone and urged him to take immediate steps as per the directives.