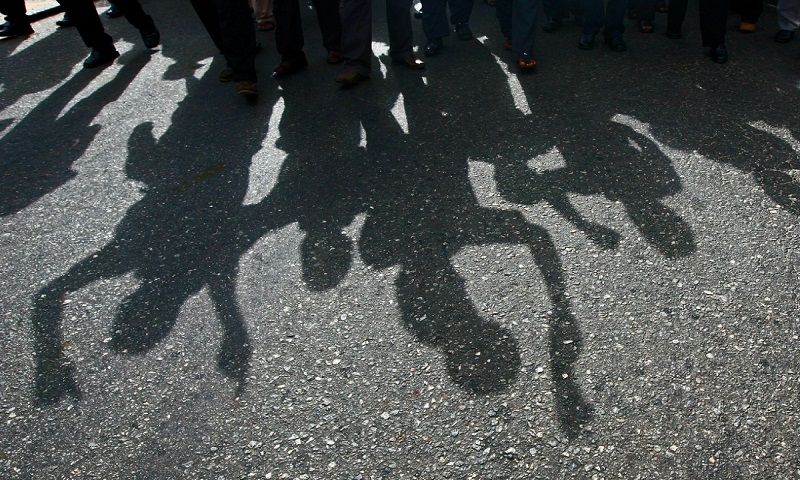 The Election Commission late on Monday imposed Section 144 in West Bengal’s Bhatpara, a day after clashes broke out between two groups during polling for assembly by-elections.

Section 144 prohibits assembly of five or more people in an area. The EC said that the prohibitory orders will remain in place till further notice.

Polling in Bhatpara, a town in North 24 Parganas, was conducted for the assembly by-election on Sunday. The same day, polling in nine parliamentary constituencies in Bengal were also conducted as part of the last phase of the Lok Sabha elections.

Clashes broke out between workers of the Trinamool Congress and those of the Bharatiya Janata Party (BJP) on the day of polling in Ghoshpara and Kankinara areas of the assembly constituency.

Bombs were reportedly hurled and central forces had to resort to lathicharge to bring the situation under control.

At least 14 people were injured and many shops and houses were damaged. A TMC office in Kankinara was set on fire. Even police vehicles were damaged by the agitators.

Reports say that TMC leader Madan Mitra, the party’s candidate from Bhatpara, visited the EC office on Monday. His own car was vandalised during Sunday’s violence.

Mitra, a former state transport minister, accused BJP leader Arjun Singh of “using force” to stop him from entering the town. Singh, interestingly, is a former TMC MLA from Bhatpara.

Singh resigned from TMC to contest the Lok Sabha elections on a BJP ticket. The BJP fielded Singh’s son, Pawan, from the seat.

Mitra threatened to hold a protest if he was not allowed to enter Bhatpara on Tuesday.

The EC had asked the District Magistrate to submit a report on Sunday’s poll-related violence, based on which it imposed the prohibitory orders.

While the TMC accused the BJP of the violence, the saffron party termed the allegations baseless.

West Bengal is the only state in the country to have witnessed poll-related violence in every phase of the seven phases of Lok Sabha elections held from 11 April to 19 May.

Clashes were also reported from Habra’s Kultala area of the Barasat Lok Sabha constituency on Monday, a day after the conclusion of the Lok Sabha elections.

Several persons were injured in the clashes between BJP and TMC workers after a BJP polling agent was allegedly beaten up by unknown persons. Many polling agents of opposition parties were beaten up and houses and vehicles of many activists were attacked after voting on Sunday.