How healthy is a meal containing eggs? 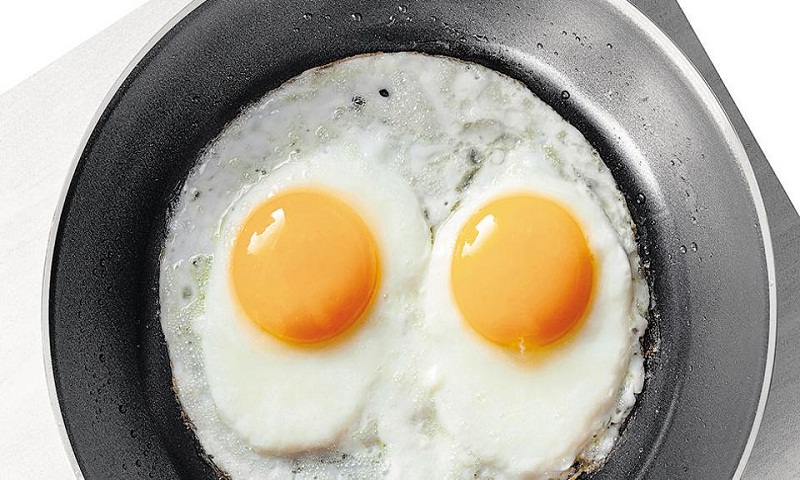 Why is Taron Egerton’s character in the 2014 release Kingsman (also starring Colin Firth) nicknamed Eggsy? Sadly, the film doesn’t ever explain. But wouldn’t it be the perfect nickname for many around us, simply because of their love for eggs?

Take Delhi resident Prithvi, for example. Last month the 38-year-old returned to the treadmill after a gap of 10 years. What prompted him was not his weight – which was touching 100 kg – or any real concern over the fact that he was beginning to pant every time he negotiated the flight of stairs to his second-floor apartment in south Delhi. Nor was it with any idea to lose the growing paunch that his wife had been cribbing about for years. “I had a routine medical check-up and my blood cholesterol level was high. Considering my weight issues, the doctor put all kinds of dietary restrictions on me, including cutting down my meat and eggs intake,” says Prithvi. “I don’t eat meat daily. But not having eggs was like a punishment. So I thought maybe if I lost some weight and became healthier, I could continue to have eggs,” he adds with a laugh.

Medical journals define cholesterol as a waxy substance in the blood, needed to build cells, among other things. It is of two kinds – high-density lipid (HDL) and low-density lipid (LDL). The problem arises when there is too much cholesterol in the blood (especially of the sticky LDL kind called bad cholesterol), which can then accumulate on the artery walls, choking them and increasing risks of heart attacks and other cardiac problems.

Root Of The Evil

In his 1906 novel Love Among The Chickens, PG Wodehouse asks, “Have you ever seen a man, woman, or child who wasn’t eating an egg or just going to eat an egg or just coming away from eating an egg? I tell you, the good old egg is the foundation of daily life.” For years, however, this ‘nature’s multivitamin’ as it is often referred to, for its rich store of nutrients, has been maligned because of its association with that dirty, scary ‘C’ word – cholesterol. A big egg (weighing about 50 gm) has about 184 mg of cholesterol, which is concentrated in the yolk.

“The simplistic reasoning was that cholesterol is not good for health, it gets deposited in the arteries, egg yolk contains a high level of cholesterol, so avoid eggs,” explains Dr Vikram Jaggi, director, Asthma, Chest & Allergy Centre, Delhi.

Scientists in America began researching the links between lifestyle, diet and cardiovascular diseases in humans from the 1940s. The Framingham Heart Study, under the direction of the National Heart, Lung and Blood Institute (formerly known as the National Heart Institute) is considered as one of the pioneering researches in this field. It began in 1948 in Massachusetts to identify factors that contribute to cardiovascular disease and is still on. In 1968, the American Heart Association (AHA) announced a dietary recommendation that all individuals should consume less than 300 mg of dietary cholesterol per day and not more than three whole eggs in a week. This American apprehension then spread to the rest of the world, depriving many an egg-lover of their favoured source of nourishment.