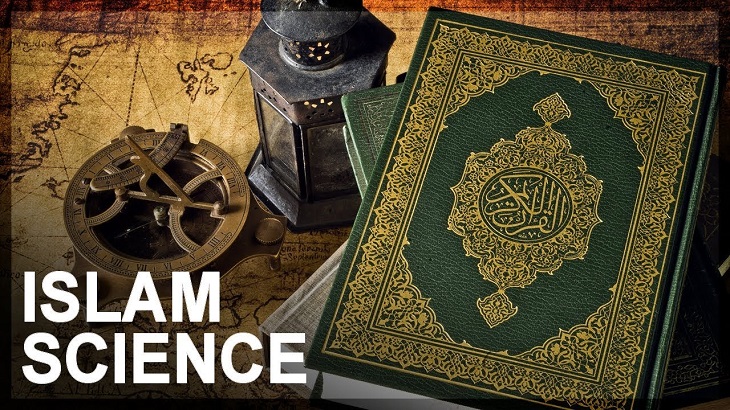 Whenever we go for shopping, we always look for good brands, recognising their upright standards. Now, what is a brand and brand recognition? Brand is a particular identity or image regarded as an asset (Oxford dictionary). During the time of Prophet Muhammad (pbuh) and the first three generations of Islam, the Muslim Ummah was a brand and was known for its knowledge, courage, honestly, humanity, and so on. According to Investopedia, “Brand recognition is the extent to which the general public is able to identify a brand by its attributes”. Thus, people used to recognise Muslims by their good characters and moral values. In present times, there is no doubt that the Muslim Ummah is going through a severe image crisis. Today, non-Muslims no longer recognise Muslims with high-esteem and reverence, resulting in negative brand recognition for Muslims. How miserable!

Moreover, a recent study conducted by Prof. Hussain Askari of George Washington University entitled “How Islamic are the Islamic Countries" revealed that most of the countries that apply Islamic Principles in their daily lives are not Muslim majority counties. The study findings conclude that New Zealand ranked 1st in practising core Islamic principles. Other top ranking countries are Luxembourg (2nd), Ireland (3rd), Iceland (4th), Finland (5th), Denmark (6th), Canada (7th), Malaysia (38th), Kuwait (48th), and Bahrain (64th). Surprisingly, the Kingdom of Saudi Arabia, the birth country of the Prophet Muhammad (pbuh), ranked the 131st. Just imagine how far we are going from our own religion! The study – published in the “Global Economy Journal” – might be shocking to most of us. But when we look around us, we can evidently see the reality of the situation: We find that the results of the study are –unfortunately – so much accurate and true. As a Muslim, we attend Friday prayer every week and hear sermons more than the other people on the face of the earth: In fact, in the last 60 years, we have listened to 3,000 Friday sermons. But we are still not the best of the nations. What’s the problem? In this article, I will try to scrutinise some of the major problems.

The most worrisome internal problem – that Muslims need to overcome urgently to fix their tarnishing brand image – is their disunited Ummah. As we know, the mission of the prophet Muhammad (pbuh) was to bring peace and unity among all including both Muslims and non-Muslims. He always talked about unity of the Ummah and was straightforwardly against the sectarian notion. However, the present cantankerous relationship between Muslim sects and nations are obviously contrary to his teachings. Consequently, we must admit that the Muslim world today are divided and in disarray.

Therefore, we should resolve our own quarrels first in order to have a united Muslim Ummah. Most importantly, we should never be our own enemy. Disappointingly, personal quarrels and ambitions for everlasting power among the Muslim county leaders – which eventually disrupt government administration – have made the leaders incapable of addressing the needs of the people; they are rather realising their own interest. As a result, Muslim nations remain largely underdeveloped, poor, unskilled, uneducated and incapable of contributing positively towards the wellbeing of the Muslims, their faiths, and nations.

Violence is not the only problem for the Muslim Ummah. Poverty and other forms of deprivation are also an extensive and unfortunate part of the Muslim landscape. As successive United Nations development programme reports attest, poverty is a serious problem in at least half the countries of the Muslim World. In Sub-Saharan Africa, of which a sizable portion is Muslim, as much as 90 per cent of the population of some countries, subsist on less than US$2 per day in purchasing power parity terms.

Depending Too Much on Outside Powers

There is an abundance of resources in many Muslim countries. Indeed, some of us are rich and affluent. However, to be in the power for a long time, often Muslim leaders compromise in their collective efforts and, rather, depend on the outside powers. Since we often remain divided among ourselves, this poses the greatest constraints upon Muslim empowerment in global affairs to protest injustice against the greater Muslim Ummah.

More damaging is the increasingly professed link between international terrorism and Islam. The terrible events of September 11, 2001 have provided a convenient excuse for those who want to promote the theory of a Clash of Civilisations. To them, it is convenient to paint matters in the starkest possible terms between black and white; good and evil; the West and Islam. To these cynics, we can offer a simple mathematical proposition: there are at most a few thousand members in the Al-Qaeda-linked terrorist organisations. In comparison, there are more than a billion Muslims living very ordinary and very peaceful lives. It is, therefore, tragic that this spurious association of Islam and Muslims with terrorism has gained international currency.

In much of the Muslim world, we are guilty of neglecting one of our most precious resources: the women in our societies. We have failed to provide them adequate access to education and employment. We have only impoverished ourselves, and marginalised half of Muslim humanity. This shows how much the Muslim world struggles to put its houses in order.

Vulnerability of Muslim Youth to Extremism

It is a matter of great sorrow that some Muslim youth are vulnerable to extremist ideas. Once they start nurturing extremist ideas, they become easy recruits for those interested in usurping religion for their narrow and violent ideals. Those who resort to terrorism often end up hurting not only the innocent but also the very cause that they try to champion. Violence and terrorism create a negative image of Islam and Muslims, which is often exploited by Islam’s enemies.

Islam stresses on the pursuit of knowledge. Nevertheless, a majority of Muslim countries also has high adult illiteracy rates. Even many of those who are educated suffer from unemployment and indignity. Millions of Muslim children around the Globe are malnourished. Most of the refugees in the world today are Muslims. In addition, there is a high disinterest in scientific knowledge among some educated Muslims. However, our earlier generations were interested in gaining both the religious and scientific knowledge. The cumulative impact of all these negative issues has given an extremely negative image of the Muslim World to rest of the world.

Being the complete code of life, the religion of Islam strongly supports the concept of human welfare and urges that Muslim Ummah should reflect accordingly. Islam motivates its followers to contribute positively towards their social setup, creating a good brand image (in modern marketing terms) for the Muslim Ummah as a whole. Perhaps, it is too much to expect that our Muslim Ummah would wake up soon and fight all the challenges discussed above. Nevertheless, if we learn from the Islamic civilisation of the past, it will tell us that how a great faithful Ummah can lead to greatness and establishment of one of the greatest – if not the greatest ever – civilisation on earth. What has been done once by Muslims can be done again, and perhaps the second one will be everlasting. Now, it is for us –Muslims – to decide. We will wake up again and will win, in-sha-Allah!

The writer is a Lecturer at Bangladesh Army International University of Science and Technology (BAIUST), Cumilla.. Email: [email protected]