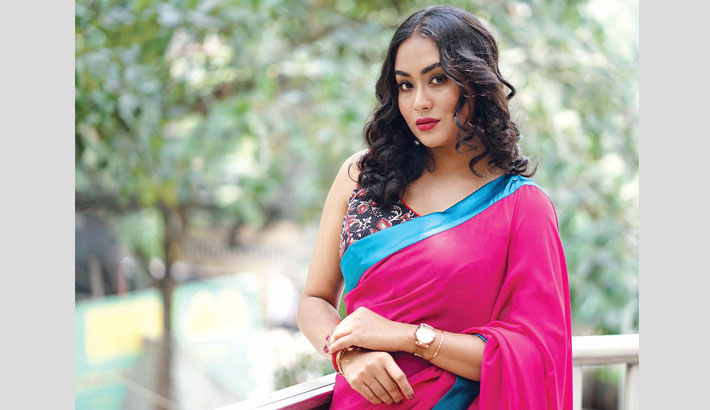 Zakia Bari Momo has established herself as a versatile actor by acting in numerous films and TV plays. As an actor, she has gone from strength to strength, with credible performances.

Mamo has recently acted in a web series ‘Chena Pother Oporichita’ directed by Shihab Shaheen. She created a buzz with her performances in this series.

As Mamo is a versatile actor, she can act in any challenging role easily. Audience will get to see her again in challenging character in a tele-film titled ‘Ondhokar Dhaka’.

Written and directed by Shumon Anwar, the telefilm also stars Chanchal Chowdhury and Shamol Mawla. Meanwhile, shooting of the drama has been completed in Gazipur’s Kaliakair area.

Talking about this tele-film Mamo said, “Undoubtedly, Shumon is a brilliant director. He is very thoughtful about his direction, which I really like. Story of this tele-film based on the dark side of Dhaka. My character is quite challenging. I have given my hundred percent efforts to portray this. I hope viewers will like it.”

Before this darama, Mamo acted in a drama ‘Shada Ful’ under the direction of Shumon Anwar.