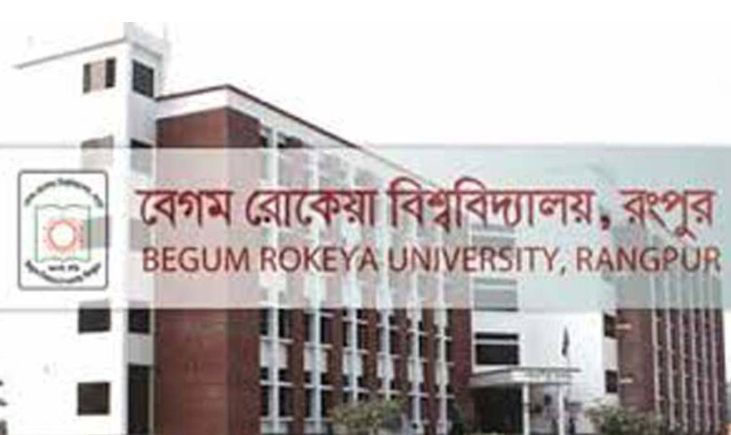 Begum Rokeya University, Rangpur (BRUR) authorities have formed a three-member committee to settle the issues of seniority, promotion and seven years’ salary of Mahmudul Haque, who was recently appointed as a teacher of the university following a court verdict.

The committee was formed at the 61st syndicate meeting held in BRUR liaisonoffice in Dhaka on Wednesday with its Vice-chancellor Prof DrMajor Nazmul Ahsan Kalimullahin the chair,said sources who attended the meeting.

The committee was formed following a letter submitted by Mahmudul who joined the Mass Communication and Journalism department at the university as its teacher on March 10 last after a legal battle for seven years.

In the letter written on May 14, Mahmudul demanded seniority, promotion to associate professor, chairmanshipof the department,salary and benefits to be effective from the date of 21st syndicate meeting and compensation for the long legal battle.

On October 15, 2017 the High Court directed the university authorities to appoint MahmudulHaqueas a teacher following the recommendations of the selection board made on January 13, 2012 and approved by the 21st and 22nd syndicate meetings.

Later, the university authorities filed a leave-to-appeal petition and a review petition with the Appellate Division challenging the HC verdict but the apex court upheldthe HC judgment.