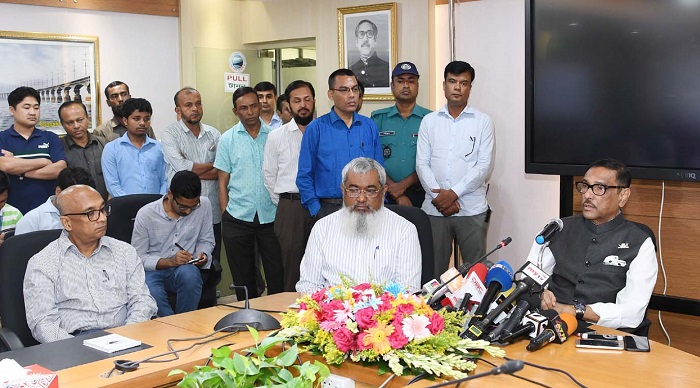 When asked by the journalists, the AL leader came up with this comment at Setu Bhaban in Banani of the capital on Monday morning.

Obaidul Quader briefed journalists about the overall progress of the much expected Padma Bridge there around 11:00am.

“Regular reshuffles take place in cabinets of every country of the world, if needed,” Quader added.

Obaidul Quader also said it is prime minister’s authority to reshuffle the cabinet. She is our team leader and the captain of the state-like-ship. So, she has made changes in the cabinet so that the ship can sail toward the right direction.

During the briefing, he informed that the main structure of the Padma Bridge has reached 76 per cent completion.

On May 19, Prime Minister Sheikh Hasina made a reshuffle in her council of ministers five months after the formation of her government.

Sheikh Hasina took oath as prime minister and formed the government for the fourth time with a 47-member cabinet on January 7.