Use of chemicals: Govt asked to monitor fruit markets 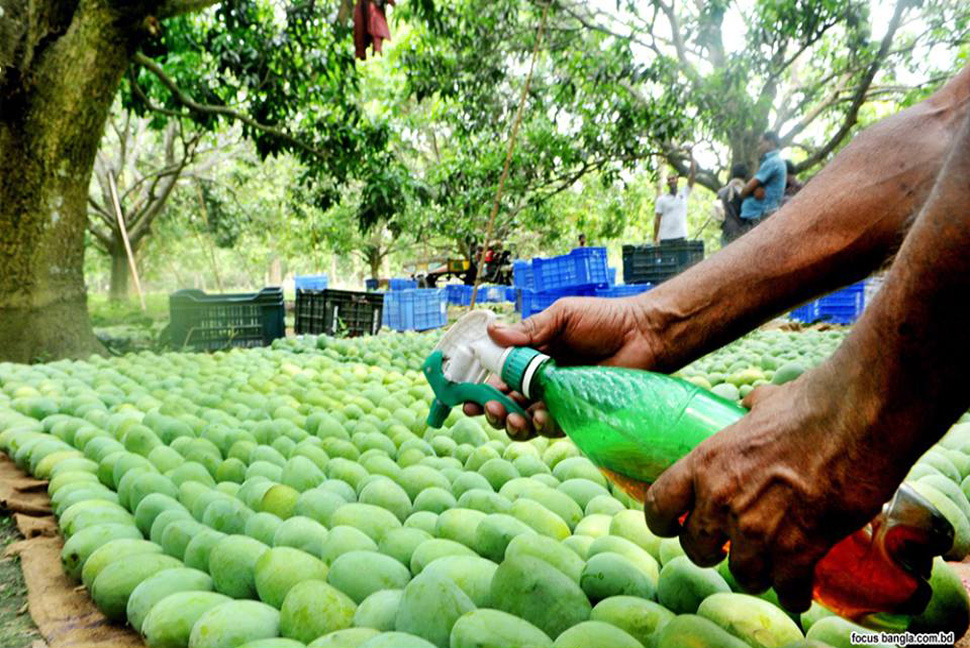 The High Court has directed the government to monitor the fruit markets and warehouses across the country to prevent use of chemicals in fruits.

A HC bench comprising Justice FRM Nazmul Ahasan and Justice KM Kamrul Kader passed the order on Monday while hearing a petition filed by Human Rights and Peace for Bangladesh.

The inspector general of police, director general of Rapid Action Battalion and chairman and director concerned of Bangladesh Standards Testing Institute (BSTI) have been asked to form separate teams in seven days to monitor the fruit markets and warehouses.

The court also directed them to submit reports before this court after complying with the order by June 18.

The High Court on April 9 had ordered the authorities concerned to deploy police within seven days in major mango orchards across the country including Rajshahi to prevent use of chemicals on mangoes.

The court had also directed to submit a report on this by next 30 days. The report was submitted today, saying the authorities have complied with the order.