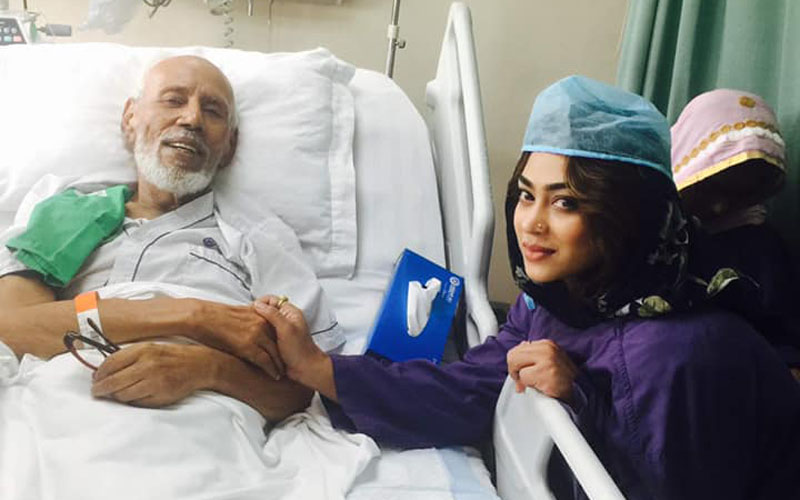 The popular actress went to the hospital on Sunday and spent some time beside him.

After vesting the noted actor, Popy posted a status on her Facebook page.

In the status Popy wrote, ATM Shamsuzzaman is not only a good actor but also a good teacher. He is my father, and one of my favorite person.

“I am requesting all to pray for my father's quick recovery,” Popy wrote.

The Ekushey Padak-winning actor was hospitalised on April 26 after suffering from indigestion. He was later put on life support on April 30 as his health condition deteriorated, but it was later removed on the same day as the condition improved slightly.

He was put on the ventilation again on May 6 which was withdrawn on May 11.

Shamsuzzaman, who wrote over 100 stories, and film scripts, started his career in 1961 as an Assistant Director in “Bishkonna” and gained popularity in the silver screen as a comedian.

His movie career started in 1961 as the Assistant Director in “Bishkonna” while he first gained popularity as an actor through Amzad Hossain’s “Noyonmoni” (1976).