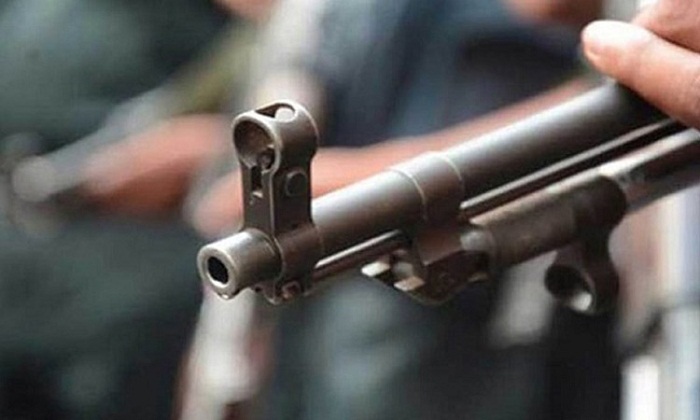 Three suspected hijackers and a drug trader were killed in reported gunfights in Dhaka, Chattogram and Cumilla early Monday.

In Dhaka,two suspected hijackers were killed in a reported gunfight with members of Rapid Action Battalion (Rab) in HazaribaghBeribadh area of the capital early Monday.

The deceased were identified as Munir, 46, and Giasuddin, 42.

According to Rab sources, a gang of hijackers hijacked a covered van carrying nine tonnes of tea of Ishpahani Tea Ltd from Srimangal five-six days ago.

Acting on information that the hijackers would take the van to Old Dhaka, a team of Rab-2 set up a checkpost in front of Madhu City under Hazaribagh Police Station.

When the van was crossing the checkpost around 2:45am, the team challenged it.

Sensing the impending danger, the hijackers reportedly opened fire on the law enforcers, forcing them to fire back.

After a brief gunfight, the elite force recovered the bodies of van driver Munir and his helper Gias from the spot, said Superintendent MohiuddinFaruqi of Rab-2.

They also recovered a pistol from the spot.

Two Rab personnel were also injured in the gunfight.

In Chattogram, Md Monsur, 40, a  listed hijacker of Chattogram Metropolitan Police and also an accused in eight cases and  leader of a hijacking gang, was killed in the reported gunfight with police in Pologround area under Kotwali Police Station.

Mohammad Mohsin, officer-in-charge of Kotwali Police Station, said that a patrol team of police chased a gang of muggers when they snatched a bag of woman from a CNG-run auto rickshaw in Tigerpass area at night.

When, the auto-rickshaw carrying the hijackers reached Pologround area, they opened fire on police, forcing them to fire back, triggering the gunfight.

After the gunfight, police rescued bullet-wounded Monsur from the spot.

Later, the injured was taken to Chattogram Medical College and Hospital where doctors declared him dead.

Police recovered a pistol, five rounds of cartridges, five bullet shells and three mobile phones and the auto rickshaw from the spot.

In Cumilla, suspected drug trader Selim Miah, 45, son of  Ali Ahmed, was killed in a reported gunfight with members of Border Guard Bangladesh (BGB) at Golabari in Sadar upazila around 1am.

Sensing the presence of the BGB team, the drug traders opened fire on them, prompting them to fire back, triggering the gunfight.

Selim received bullet wound during the gunfight and doctors declared him dead when he was taken to Comilla Medical College Hospital.

They also recovered 2000 Yaba pills  which were tied up with the body.