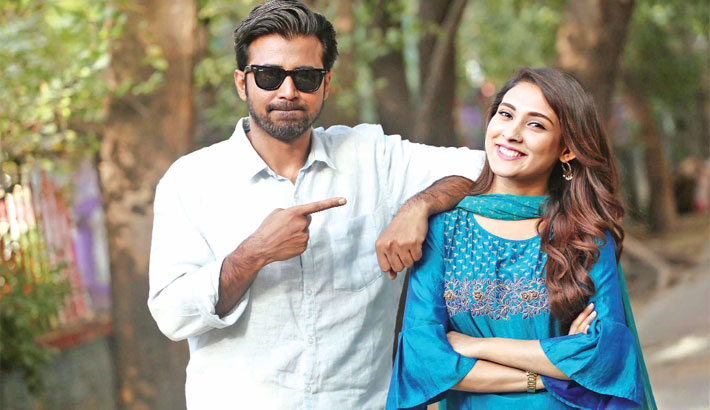 Mizanur Rahman Aryan-directed ‘Buker Ba Pashe’ was one of the most popular dramas in last year that starred Arfan Nisho and Mehazabien Chowdhury. Not only that they have got a lot of praise for this drama, but also they were awarded by different organisations for the brilliant work.

Following the popularity of this drama, audience-admired artistes Nisho and Mehazabien will be seen sharing screen together again under Aryan’s directorial drama titled ‘Sheshta Shundor’.

Speaking about the story of this drama director Aryan said, “All love stories are not same, each love story has different emotion. Some relationships seem to be like rail lines. They are set beside but they never can touch each other! Shehsta Sundor has been made by this type of sentiment.”

Nisho said, “Undoubtedly, Aryan is a brilliant director. He always does some experiments that also provide me an opportunity to think about acting more. I really like to play on his dramas.”

“Mehazabien is my co-actor in this drama and she has turned herself a versatile actress of this time. We have become matured in acting now, and we share a great understanding too. I hope viewers will like our on-screen chemistry in this drama”, he added.

On the other hand, Mehazabien Chowdhury said, “I have multiple dramas, including Boro Chhele and Buker Ba Pashe under the direction of Aryan. All his dramas portray beautiful stories. The story of this new drama is very nice. Besides, it has always been a pleasure for me to work with Nisho bhai. We have tried to make a wonderful drama for the viewers.”

The drama Sheshta Sundor will be aired on a satellite TV channel on the occasion of  upcoming Eid-ul-Fitr, director Aryan informed.