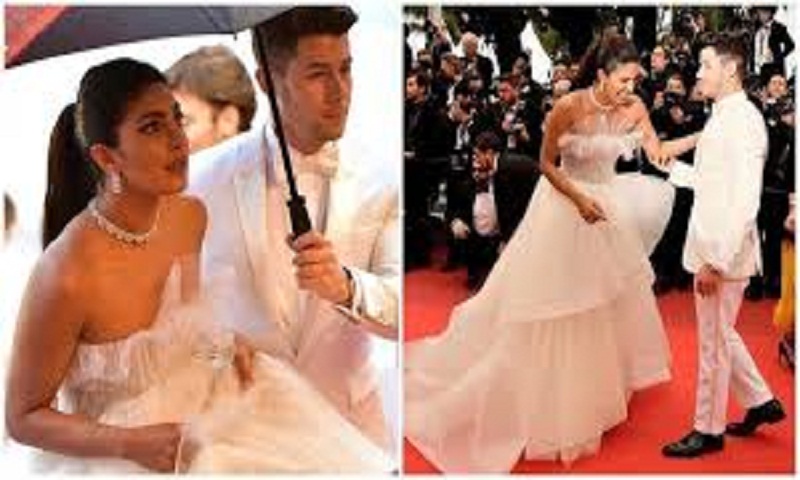 Priyanka Chopra grabbed headlines with her first appearance in a black sparkling dress on the red carpet of the ongoing Cannes Film Festival 2019. In her latest look, she has chosen a white tulle gown, reports The Indian Express.

The actor uploaded several photos of herself on the red carpet on her Instagram profile. Her husband and musician Nick Jonas can also be seen with her, holding an umbrella. Nick was wearing a white suit and their complementing look together attracted a lot of eyeballs.

Interestingly, this is Priyanka’s debut appearance at Cannes. The actor is at the international event to represent the jewellery brand Chopard. Earlier, she had shared photos of herself getting ready for the big day.

PeeCee has been creating a lot of buzz on the internet lately, thanks to her show-stopping look at the recently held Met Gala in New York. The actor was seen letting her hair down at the bash with husband Nick Jonas and friend Deepika Padukone.

On the work front, Priyanka will feature in Shonali Bose’s upcoming film The Sky Is Pink that also stars Farhan Akhtar and Zaira Wasim in pivotal roles.

Deepika Padukone, Hina Khan, Kangana Ranaut, Diana Penty and Huma Qureshi are some of the other Indian celebrities at this year’s Cannes Film Festival.