‘Chain of crises’ made stock pilled up in Khulna mills 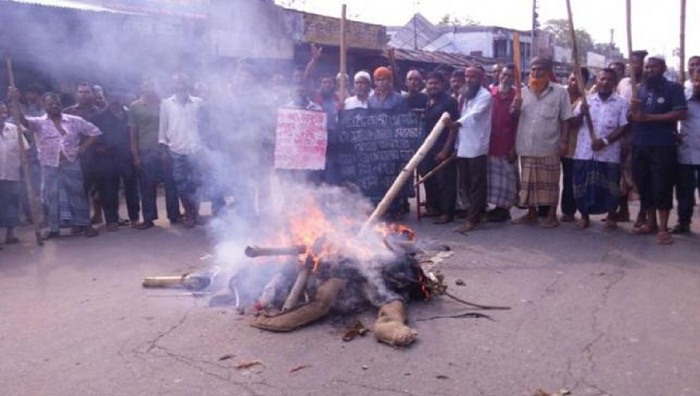 Stocks of finished goods in all nine state-owned jute mills of Khulna are piling up in the face of depressed sales in global jute market, part of a chain of crises afflicting the industry including the ongoing labour unrest in the region.

According to Bangladesh Jute Mills Corporation (BJMC) sources, stock of jute products worth Tk 284 crore remain unsold, triggering a financial crisis for the jute mills. Moreover, the production rate has decreased to just a third of the target, around 34 percent.

Sources said outdated machinery, poor timing of raw jute purchase, and decreasing demand for jute products in the global markets are responsible for the situation, resulting in the mills failing to pay labourers’ wages on time, prompting the recent unrest.

It is to note that, nine jute mills – Crescent, Platinum, Khalishpur, Doulatpur, Star, Alim and Eastern – in Khulna and JJI and Carpeting jute mills in Jashore were established between 1952 and 1968. At least 5,115 looms were installed at the time in the nine mills.

In 50 to 60 years, almost nothing in the mills was upgraded. The spinning, softener, breaker, finisher and drawing machines of the mills are decaying faster now for lack of proper renovation of equipment.

On the other hand, only 13,271 labourers have been working out of 33,047 permanent and daily wage based labourers in the state-owned jute mills.

The mills authorities are purchasing raw jute at high price as they couldn’t purchase it in the peak season for financial crisis. They bought 179,922 quintals of raw jute by February 26 this year, less than a quarter of the purchase target.

Md Sohrab Hossain, general secretary of Crescent Jute Mills' Collective Bargaining Agents (CBA), said “Mills authorities are spending extra Tk 2,000 per maund of raw jute now as they couldn’t purchase it in time. They are imposing that loss on labourers now by paying delayed wages which has advanced the labourers’ agitation.”

Gazi Shahadat Hossain, Crescent Jute Mills’ project director, said, “The demand of jute products is on a downward trend in the international markets. Iran, Syria, Sudan aren’t buying jute products from us. So we are unable to sell the ready products and cannot buy raw jute in time.”

BJMC liaison officer Rahmatullah said, “We get all updates from the mills. We’ve been trying to sell ready products as soon as possible.  In the first phase, we’ve plans to modernise and repair the machineries of Crescent and Platinum jute mills. This’ll be implemented in seven other mills subsequently.”