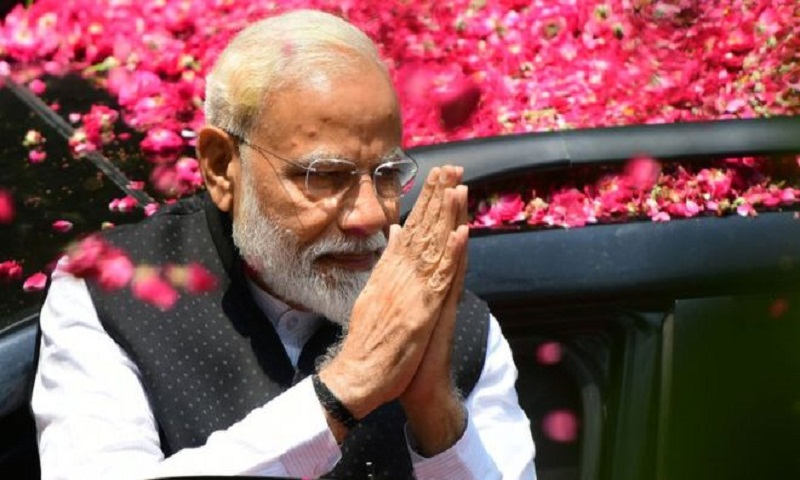 Prime Minister Narendra Modi's Varanasi seat is up for grabs as Indians vote in the last phase of the general election.

Mr Modi's Bharatiya Janata Party (BJP) and the main opposition Congress party are battling it out with powerful regional rivals in what analysts believe will be a close fight.

Many see this election as a referendum on Mr Modi who won a landslide in 2014.

Results will be announced on 23 May, drawing to an end six weeks of voting and a long, bruising campaign.

The BJP is hoping to repeat its 2014 performance when it won 282 seats, the biggest victory by any party in 30 years. The Congress, which won just 44, suffered its worst defeat.

A party needs at last 272 seats to claim a majority in the 543-member lower house of parliament, or Lok Sabha.