In 2020 race, Democrat Warren rises on power of her ideas 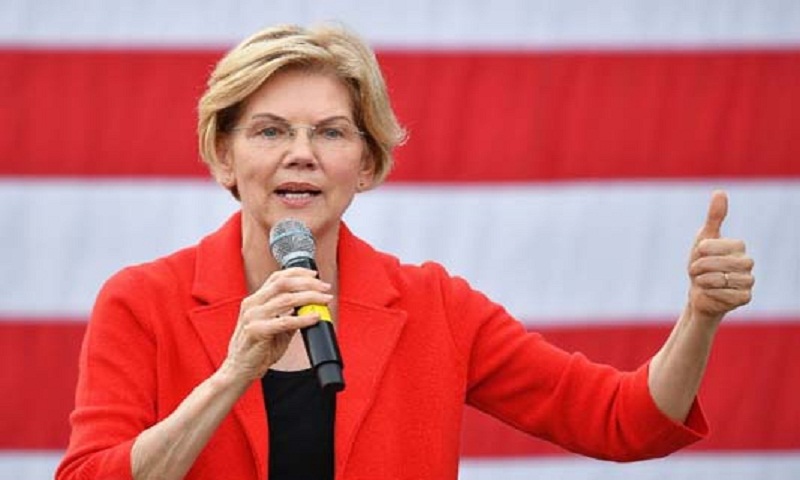 Of the score of Democrats racing to take on Donald Trump in 2020, progressive Elizabeth Warren has stealthily climbed to third place thanks to a full slate of policies that appear to resonate strongly with voters.

“I’ve got a plan for that,” the 69-year-old senator told cheering supporters at a campaign stop this week in Fairfax, Virginia, employing a catchphrase of what is so far the most policy-detailed campaign of the White House race.

With nearly 18 months to go before the election, Warren’s assuredly liberal plans — for ending rampant inequality, rebuilding the middle class, breaking corporate monopolies, protecting women’s reproductive rights — have already taken concrete form and are published on her website, unlike many of the other 22 contestants in the Democratic race.

“She has the most detailed plans,” said Cheryl Schoenberg, who came to see Warren with her husband and two daughters.

“I want something inspiring,” she told AFP. “There’s a lot of negativity around and I want my girls to see a great female role model.”

Warren appears far less stiff in person on the campaign stump than she can sometimes come across on television.

“Dream big, fight hard, let’s win!” roared the candidate clad in a vermilion red blazer as she concluded a speech that spotlighted her humble roots and how they led to what she described as the “fight” of her life.

Born into modest means in the heartland state of Oklahoma, Warren experienced the cruelty of economic uncertainty when she was just 12 after her father, the family’s sole breadwinner, suffered a heart attack.

Her mother managed to find a minimum wage job, which saved the family from bankruptcy.

Today, Warren warned, such modest salaries can no longer keep families afloat, conditions that make it harder for low-income minorities to escape poverty.

Married for the first time at just 19, she gave up a university scholarship, but as a young mother managed to complete her degree by attending night school.

She became a teacher to children with special needs, a law professor at Harvard, a US senator in 2013, and ultimately a presidential hopeful, she recounted, to cheers from the Fairfax crowd.

With higher education now costing a fortune in the United States, Warren explained her proposal to forgive most student loan debt and establish networks of affordable preschool and daycare facilities.

Warren has proposed a tax on the very wealthy to pay for such measures, and blasted Washington for perpetuating “a government that works great for those with money and isn’t working for anyone else.”

Until the 1990s Warren was a Republican. She said it took time for her activist political views to take root, and she eventually abandoned the Grand Old Party when she felt it was cozying up to Wall Street.

A specialist in bankruptcy law, Warren sounded the financial alarm long before the 2008 crisis. She was called on by Congress to oversee implementation of the financial sector bailout plan, before president Barack Obama tapped her to create a watchdog agency to protect the rights of financial consumers.

Warren was the first big name to officially enter the race to challenge Trump.

With about eight percent support according to a RealClearPolitics poll average, she remains in third place, well behind frontrunner Joe Biden (39 percent) and liberal Senator Bernie Sanders (16 percent).

But in Fairfax, Democrats seeking change view Warren, despite pushing 70, as a breath of fresh air compared to the race’s two older political veterans, who are both over 75.

Not only has Warren woven one of the most developed Democratic networks in early-voting states, she is also “really controlling the debate” by staking out so many policy positions, argued Robert Boatright, a professor at Clark University in Warren’s state of Massachusetts.

But the liberal icon does have “some negative stuff attached to her,” Boatright adds, referring to the controversy over Warren’s exaggerated claims of Native American heritage.

Trump has adopted the racial slur “Pocahontas” as a mocking nickname for Warren, leaving some Democrats to worry that she might be too vulnerable in a head-to-head campaign duel with the brash New York billionaire.

Student Monet Ballard, 20, said she initially felt let down by Warren over the heritage controversy, but appreciated her public apology and said she was moved by her Fairfax address.

People make mistakes and Warren “owned up” to hers, Ballard said.