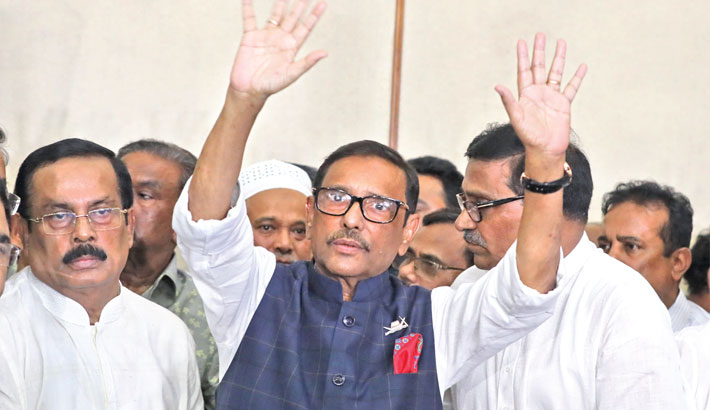 The AL general secretary talked to media at Dhaka airport after returning home on Wednesday after a 71-day stay in Singapore where he underwent medical treatment at Mount Elizabeth Hospital.

Quader said, “She (Sheikh Hasina) did what a mother does for her child during crisis period.” Quader said.

“Our prime minister is truly the mother of humanity. I’m indebted to her,” he said.

Quader said, “Let us work together for strengthening our leader’s hand afresh.”

The AL general secretary also expressed his gratitude to countrymen.

“I’m grateful to all the countrymen who have prayed for me”.

He also thanked party men and others who rushed to the hospital and prayed for him.

Quader was staying at a rented house near the Mount Elizabeth Hospital after release from there on April 5.

Earlier on March 26, the AL general secretary was moved to a cabin from the intensive care unit of Singapore’s Hospital after his condition improved. The minister underwent a bypass surgery on March 20.

An AL delegation along with dozens of leaders and activists received their party general secretary at the airport on Wednesday.

A flight BG085 of Biman Bangladesh Airlines, carrying Quader, also Road Transport and Bridges Minister, landed at Hazrat Shahjalal International Airport in the capital at around 5:57pm on Wednesday.