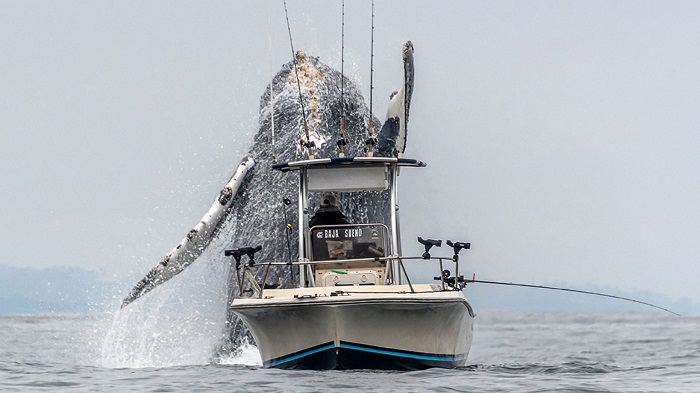 Incredible images show a humpback whale breaching from the Pacific Ocean and narrowly missing a fishing boat Monterey Bay, Calif., before returning to the sea.

"It was quite exciting! Salmon season coincides with the time when humpbacks are returning to Monterey Bay to feed for the summer and there were hundreds of boats on the bay fishing," 60-year-old photographer Douglas Croft told The Sun in an interview.

Croft, who took the images, added that he had seen the whale breach "couple of times before" and that he expected the mammal to continue doing it based on previous behavior.

"I went below deck to shoot from a porthole close to the water line. That’s what gives this amazing perspective of looking up at the whale," Croft recounted.

Croft, who was on a separate boat with videographer Kate Cummings, said the breach showed the enormous size of the whale. He did not give an estimate of its size, only going so far as to describe it as "huge" and saying that if he had been the fisherman on the boat, "I’d probably need some new underwear." 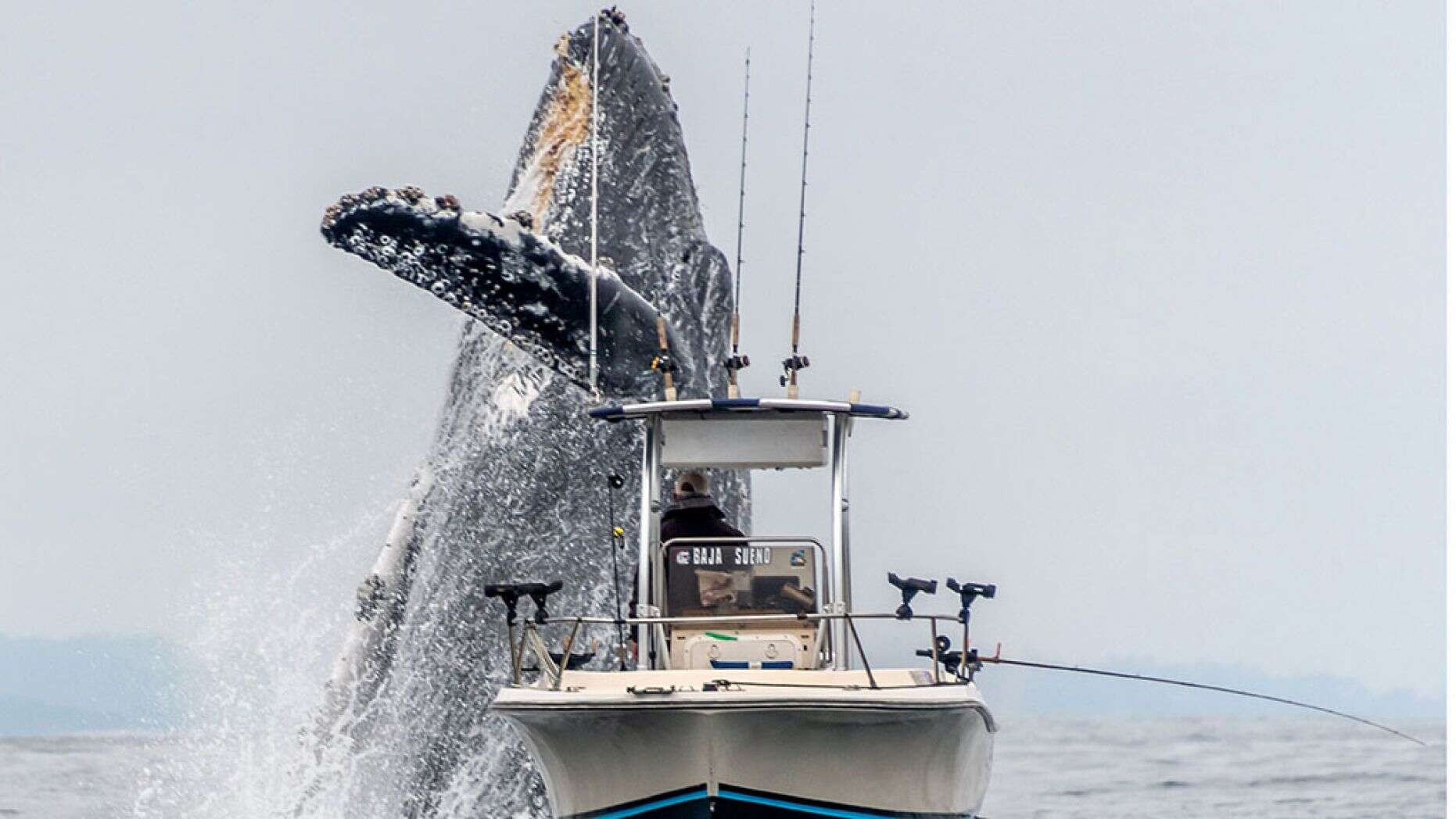 Humpback whales can reach up to 60 feet in length and weigh up to 40 tons, according to the National Oceanic and Atmospheric Administration.

Cummings, who took a video of the remarkable breach, said that the whale had breached a few times before she captured the footage.

"But sometimes when whales breach multiple times, they're also heading a specific direction when they're underwater building momentum for the next breach," Cummings told the news outlet. "I figured the next breach would be around the fisherman because the whale was heading that way and sure enough! Though I didn't expect the whale and the boat to line up so perfectly."

Although the species has seen its population increase in recent years after commercial whaling was banned in 1985, it is still considered endangered, according to the World Wildlife Fund.

It's estimated that there are approximately 60,000 humpback whales swimming in the planet's oceans. They have been known to travel great distances, sometimes as much as 5,000 miles for breeding purposes, and are known for their distinctive hump, their breaching habits and their singing ability.