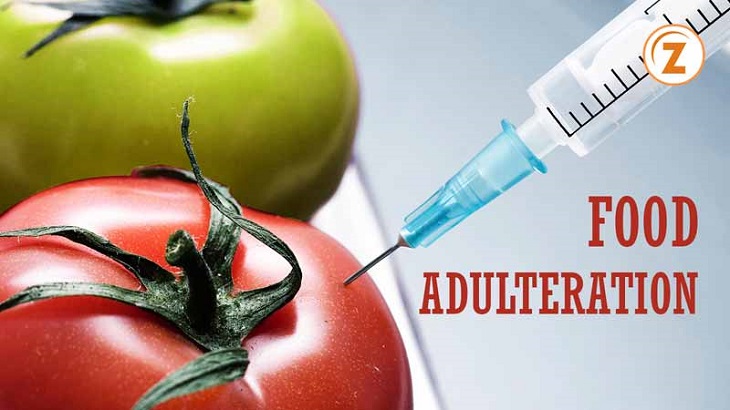 Adulteration is the process of adding unwanted substances to the food, with similar appearance or colour for making profits. Adulteration is very common today but it lowers the quality of food and sometimes, toxic chemicals are also added which is highly hazardous to health. Food adulteration is a growing problem in Bangladesh as large numbers of consumers have become victims of consuming adulterated foods. The newspapers have out and out conferred it as the ‘silent killer’. It has been reported that during Ramadan, some dishonest businesses are consistently adulterating fish, meat, milk, honey, baby food, fruit and vegetables. Beside this, iftar items like peaju, alur chop, and kabab etc. are prepared by using burnt oil, which severely affects the digestive system.

The government is fully alive and committed to implement its policy of ‘zero tolerance against food adulteration’ and has taken several steps to prevent the malpractice. In the month of Ramadan three mobile courts conduct drives against food adulteration in the capital every day. The Bangladesh Standards and Testing Institution (BSTI) and the district administration jointly conduct mobile court drives. Besides, two mobile courts conduct drives in nearby Upazilas and districts of Dhaka city every day during the holy month. There are 10 mobile court drives through BSTI regional or divisional or district offices every day in other parts of the country.

Recently, the High Court asked the authorities concerned to remove immediately from the market 52 food items of different local brands that failed quality tests of Bangladesh Standards and Testing Institution (BSTI). The court also directed the Bangladesh Food Safety Authority (BFSA) and Directorate of National Consumers’ Right Protection to comply with the order and submit a report within 10 days. It also ordered stopping production and marketing of those products until their quality is improved. While passing the order, the High Court requested the government and the prime minister to declare a war against the adulteration of food like that of anti-drug drive.

It should be noted here that the Food Safety Act 2013 has been enacted in Bangladesh through repealing and re-enacting the existing outdated laws in this regards. This 2013 Act has been enacted to form an authority that would ensure generous efforts to the food control agencies, food business operators and people of the country towards achieving the landmark goal of founding a Modern and Technological Food Safety System in Bangladesh as required for the government’s vision 2021. Accordingly, under the 2013 Act, the Bangladesh Food Safety Authority (BFSA) has been formed in 2015.

The existing food safety legal and regulatory regime of Bangladesh is governed by copious enactments and governmental bodies. More than a dozen of laws deal with the food safety affairs excluding the common law provisions.  These laws are implemented by several ministries and their subordinate bodies. The relevant key bodies are the Parliament, Ministry of Agriculture, Ministry of Local Government, Rural Development and Co-operatives, Ministry of Industry, Ministry of Fisheries and Livestock, Ministry of Commerce, Ministry of Establishment and Ministry of Home Affairs. Bangladesh Standards and Testing Institution, the only National Standards body of Bangladesh, is entrusted with the responsibility of formulation of national Standards of industrial, food and chemical products keeping in view the regional and international standards. The Institution so formed has become member of the International Organisation for standardisation (ISO) in 1974.

But the present system of prevention of food adulteration cannot curb the evil activities of various types of common adulteration and malpractices openly seen in Bangladesh because there is no surveillance programme for prevention of food adulteration. Occasionally the Magistrate vested with power and the food inspectors suddenly raid on food shops, food preparation yards, food workshops, manufacturing plants to catch red-handed the unscrupulous food traders with adulterated foods. Anybody found to do this malpractice is given moderate punishment by the mobile court. Adulteration of food articles has been marked as an offence under the Pure Food Ordinance, 1959. But because of greedy traders it has become almost impossible. Ironically, people from all walks of life is aware of the hazards of taking foods adulterated with toxic chemicals, but this knowledge is not translated into practice.

Adulteration of food articles has been marked as an offence under the Pure Food Ordinance, 1959 providing minor penalties of different kinds. Taking advantage of such minor penalties the unscrupulous traders have started masking the poor quality and begun activities of mixing injurious materials in almost every food articles like fruits, vegetables, fish, meat, flour etc. As a result, an amendment of the Pure Food Ordinance, 1959 has become necessary to be replaced by the Bangladesh Pure Food (Amendment) Act, 2005, giving a widening definition of adulteration and the scope of the law and also enhancing the punishment of the offences.

It is commonly accepted that a proper and effective regulatory framework should be based on transparency and accountability. This is because regulatory transparency engages the whole of a country’s governance infrastructure. A regulatory body should be transparent both externally and internally. The PFO 1959 does not include any provision regarding the decisions making of the National Food Safety Advisory Council. Regulatory bodies under the Food Safety Regulatory Regime of Bangladesh are terribly bureaucratic. For instance, section 18 of the CRPA 2009 has established the Directorate of National Consumer Rights Protection (DNCRP) to administer the functions of this statute. But section 71 of the CRPA 2009 stipulates that an aggrieved person needs to obtain permission from the DNCRP to sue against the culprit. This unnecessary bureaucracy has ultimately made such an important consumer protection law ineffective.

To ensure consumer rights effectively in Bangladesh, it is necessary to establish a separate consumer court to deal with cases of violation of consumers’ rights. Empowering the consumer is also important so that the aggrieved consumers can individually sue against the violators. Civil society and media people should come forward to create awareness about the rights of consumer. The government have to make sure that consumers get safe foods not only during the month of Ramadan but also during the twelve months.