A ‘rooster’ fetches a whopping amount of 1 lakh rupees 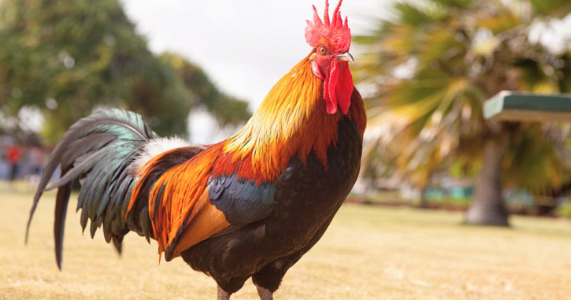 A rooster fetched a whopping amount of 1 lakh rupees in an auction. Surprised! It happened in Kerala.

The auction was held at Ponpally St.George Jacobite Syrian Orthodox Church in Kottayam. This is the first time in the history of the church that a record auction like this happened.

The auction is held as the part of the church festival. The 'Ponnum Kozhi' as the rooster is called will be handed over to the person who calls the highest amount.

Manoj Joseph, a native of Kottayam having won business in Coimbatore has claimed the rooster. He has called around 1.10 lakh rupees for the rooster which may a price of 500 in the market. He claims the rooster for the last 18 years. He is married to women from the locality and from that year he calls the highest amount for the rooster. Earlier the highest auction price 15000 and last year it goes up to 60,000.

The devotees donate roosters and bread to the church. And the church takes all roosters except one for preparing a dish. And the bread and the chicken curry is distributed among devotees. The rooster who is excepted from killing is held for auction.