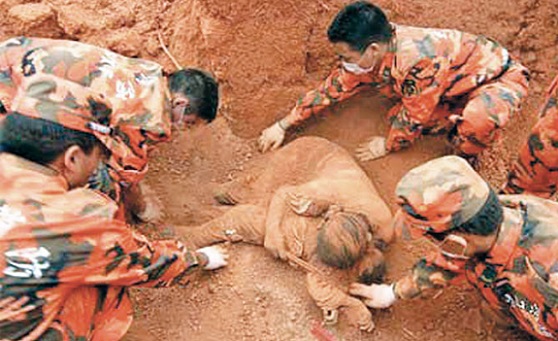 Would it be an exaggeration, if I say, ‘mothers are one of the best creations of the Almighty’? Of course, not! The Almighty has bestowed special power on them. They can multitask without making a complaint. They carry children, they carry hardships, and they carry responsibilities, but they cleave to happiness, love and delight. They smile when they want to shed tears. They sing when they want to scream. They cry when they are happy and smile when they are nervous. They fight for what they believe in. They stand up for injustice. They don’t take ‘no’ for an answer when they believe there is a better solution. They go without new shoes so their children can have them. They are blessed with the power to nurture a complete life in the womb with intense love and care.

Therefore, Rudyard Kipling, an English short-story writer, poet, and novelist, has not exaggerated to utter: God could not be everywhere, and therefore, He made mothers. In fact, the most important thing in a mother’s life is to see that her children are safe, healthy and happy. That is what mothers want most out of life. They sacrifice their own needs and desires to see their children have a good life.

There are countless numbers of stories upholding the mother’s love for her children. In this regard, I can share a true story of mother’s sacrifice during the Japan earthquake. After the earthquake had subsided, when the rescuers reached the ruins of a young woman’s house, they saw her dead body through the cracks. But her pose was somehow strange that she knelt on her knees like a person was worshiping; her body was leaning forward, and her two hands were supporting by an object. The collapsed house had crashed her back and her head. With so many difficulties, the leader of the rescuer team put his hand through a narrow gap on the wall to reach the woman’s body. He was hoping that this woman could be still alive. However, the cold and stiff body told him that she had passed away for sure.

He and the rest of the team left this house and were going to search the next collapsed building. For some reasons, the team leader was driven by a compelling force to go back to the ruined house of the dead woman. Again, he knelt down and used his hand through the narrow cracks to search the little space under the dead body. Suddenly, he screamed with excitement, “A child! There is a child!” The whole team worked together; carefully they removed the piles of ruined objects around the dead woman. There was a 3 months old little boy wrapped in a flowery blanket under his mother’s dead body. Obviously, the woman had made an ultimate sacrifice for saving her son. When her house was falling, she used her body to make a cover to protect her son. The little boy was still sleeping peacefully when the team leader picked him up.

But what are we doing in return of their love? In many cases published in newspapers or viewed on our eyes around our vicinity even sometimes in our own house, a display of crude negligence towards them has become one of the cruel fates for many of our parents. The idea of making old homes and shifting our parents to there when reach their old age is the one among those ruthless attitudes toward them that not only bring those helpless parents tears on eyes but prick many conscientious people.

Although the concept of old homes is no new in the western country, our longstanding tradition and heritage do not match with the boorish fashion. But like many untoward customs, this curse of neglecting the plea of our parents to stay close to their beloved children in the last days of their life cannot cease pouring into our hoary culture. It would be more obvious if you watch many drama serials and cinemas being made centring on the old homes. Needless to say, the residents of old homes are mostly women. Thus, it would not be a hyperbole to say that old homes are being made basically for our mothers. Then comes a presumption that poses some questions before us: Are the elderly women less acceptable in our home and society in comparison to our elderly men? Why do only women get to old homes? Why are these unfortunate ones fated to be in the old homes in the rest of their life?

Usually it is seen that the elderly widows, unmarried, divorced women resort to living in old homes. But there are so many elderly widowers, unmarried, divorced men having no shelter in the world as well. Then why are the old male citizens less unfortunate compared to the women? In our socio-economic context, as long as her husband is alive, a wife can solely depend on him. In the presence of her husband, a wife need not be tense of her survival. In spite of having no economic freedom, she can fall back on her husband’s take-home pay. She can share many things with her husband or complain to him. This is the true scenario in our tradition and culture. But the wives after becoming widows face some common problems. They begin to think that they are utterly helpless in comparison to their daughters-in-law. They begin to suffer from the ‘inferiority complexity’ doubting that nobody is respecting them like before. As a consequence of such complexity, they are pricked with innumerable sufferings. As a result, sometimes they prefer to leaving their own house and living in the old homes while in many cases, they are coerced into leaving!

Many may argue that on account of thriving progress of science and technology, fast life, escalating living cost and high aspiration to live well, we intend to lead an individual life forsaking the appeal of extended family and deserting the affection embedded in the relationship between parents and children. If the things go on like this, then what is the value of education we aspire to garner throughout our academic life? Is there anyone who can stand in the view that an educated man cannot be inhumane? And the basic characteristic feature of humanity is to express gratitude. In our everyday life, we exchange our gratefulness to each other by uttering the very frequently used words ‘thank you’. And this is perhaps the mostly used sentence in the world as well. But what are we doing to our mothers who, forgetting the pain of birthing a child and always struggling to love and care for us all throughout their life are deserted to the old homes and neglected after we become full-grown? What a display of ingratitude toward our mothers!

Today is the Mother’s Day, a celebration of bond of love and affection between a mother and a child and the celebration of the spirit of motherhood. Like all over the world, swathes of flowers, cards, and gifts will line the aisles of supermarkets, department stores, and card shops across the country as well as the social media will be inundated with colourful and poignant posts highlighting our intense love for our dearest mothers. However, while celebrating the day dedicated to one of the most precious and special persons in our life, we should also remember the rest 364 days of the calendar to offer same love and care to our mothers. Besides, we must not forget the greatest teaching that promulgates: a child’s Paradise is under the feet of a mother. In fact, the most fortunate person in the world is the one who has the opportunity in his life to care for his mother and attains her contentment. And the woe is to anyone whose mother has reached old age, but he neglects being kind to her and does not attain forgiveness.

The writer is a BCS (General Education) Cadre officer and teaches English at Ishwardi Government College, Pabna. He can be reached at [email protected]