BNP Is No Awami League 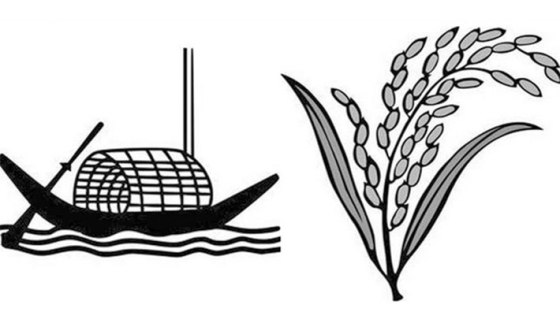 After my last week’s commentary published in this daily about the birth, rebirth and demise of the BNP, many of my readers asked that, if Awami League could come back to power after twenty-one years in political exile, why couldn’t BNP, one of the largest political parties of the country, which ruled Bangladesh once for five years under its founder General Zia, and two full five-year terms and for a few months under his widow Begum Zia, make a comeback? I tell them the answer is simple. First, it is not a political party which had a natural birth. It was a platform, more like a club, which was formed by Zia with only a common denominator: that anyone who believes in BNP’s politics must hate or, at least, dislike Awami League. A political party that emerges with such a common denominator cannot go very far and survive in the long run, notwithstanding the fact that Awami League had a glorious past, faced an uncertain future during martial law in the 23 years of Pakistani rule and under Zia and Ershad in Bangladesh, was banned as a political party on at least three different occasions and one of its founders, Bangabandhu Sheikh Mujibur Rahman, faced death sentences on two separate occasions, once in 1968, when the so-called Agartala Conspiracy case was filed against him, and second time  during the War of Liberation, when in 1971 he was tried in camera in Pakistan for crimes such as ‘treason’, whose only punishment is death by hanging. After Bangabandhu was arrested on the fateful night of March 25/26, 1971, by the Pakistani Army, the following day Pakistan’s military ruler, General Yahya Khan, addressed the nation on radio and TV, when he blamed Bangabandhu and Awami League for the events that took place after the general election of 1970 and said ‘this time the man (Mujib) shall not go unpunished’.

The party split on three different occasions but survived in the end. To add to all these woes of Awami League, on 21 August 2004, Zia’s son, Tarique Rahman, masterminded a grenade attack on the then Leader of the Opposition, one of Bangabandhu’s two surviving daughters, Sheikh Hasina. Though she was miraculously saved, twenty-three of her party’s leaders and workers perished in this unprecedented heinous attack. A party that has seen so many ups and downs faced innumerable crises and continuous intimidation must be given the credit of knowing the art and strategies of survival under extreme conditions. It was not born out of hatred for some particular political party or political belief or agenda, but to protest the injustices done to the people of East Bengal after the partition of the sub-continent in 1947.

From its birth it was seen as a party that preached secularism, believed in people’s democracy and always worked for only one agenda: to uplift the socio-economic conditions of the people of East Bengal, and not to preach hatred towards any person, group, party or institution. It had great leaders like Maulana Abdul Hamid Khan Bhashani, Huseyn Shaheed Suhrawardy, Shamsul Hoque, Yar Mohammad Khan, Sheikh Mujibur Rahman (later Bangabandhu, the Father of the Nation), Tajuddin Ahmed, Syed Nazrul Islam, Zillur Rahman and many others who could put the common interest of the people and party over themselves.

The BNP, by contrast, was the outcome of the killing of the Father of the Nation and the four national leaders in 1975. After the killing of the Father of the Nation, Zia seized power in 1976 from the band of thugs who were instrumental in the killings of 15 August. He proclaimed himself President and, in 1977, arranged for a sham referendum where he was the only candidate and declared himself an ‘elected’ President. Zia never believed in democracy, could never blend himself into the Bengali style of life and could not read or write Bangla. His Bangla  speeches were written in Urdu according to an interview given by Moklesur Rahman Shidu Miah (elder brother of late Mashiur Rahman Jadu Miah, Senior Minister in Zia’s cabinet), to Sardar Fazlul Karim and Mustafa Nurul Islam published in a quarterly magazine ‘Protoma,’ in October-December 2014 quarter. The only obstacle in Zia’s way was Bangladesh Awami League. He thought of leashing them by putting its leaders and workers behind bars in thousands. From the very beginning Zia was an uncomfortable and nervous ruler, as he lacked experience of civil administration. He ruled his first two and a half years by imposing night time curfews throughout the country, first beginning at 6.00 p.m. and later at 9.00 p.m.

To compensate for his lack of political experience he assembled under an umbrella like-minded people, many of whom came from civil and military bureaucracy and those who opposed the creation of Bangladesh. The most bizarre incident was the nomination of Shah Azizur Rahman, one of those politicians who went to the UN as a member of the Pakistan delegation in 1971 to lobby against the Bangladesh independence movement. Many of those bureaucrats who were sacked by Bangabandhu for willingly collaborating with the Pakistani army in 1971 were brought back to stand by Zia’s side. He soon launched a political platform where he assembled all these elements, which he first named Jagodal and later BNP. For Zia, journalist Khondakar Abdul Hamid coined a strange nationalism called ‘Bangladeshi Nationalism.’ He wrapped it in the garb of Islam to distinguish it from secular Bangali Nationalism, the spirit of Awami League. This was an utter misuse of the spirit of Islam. Soon BNP became a Zia-centric political platform.

Zia was killed in a military coup on 30 May 1981. The leadership of the party passed to his wife, Begum Zia, a lady who never had any political background or experience, excepting that she was the wife of a military officer, for a while the self-styled President. She inherited the same BNP, which her late husband left behind, only to make it more autocratic and person-centric. The senior leaders who assembled around her turned out to be obedient servants of a boss whom they called the party Chairman. To make things even worse in the early twenties, the party virtually had two Chairmen, one the formal Chairman Begum Zia and the second, her eldest son, Tarique Rahman.

Tarique was not only arrogant but had an endless lust for money, power and wealth. After the army-backed civilian government of Fakhruddin took over the country as the Caretaker government in 2007, Tarique was arrested and thrown in jail for his misdeeds during his mother’s rule of 2001-06. Soon he gave an undertaking that he would never return to politics and was released on parole for treatment and sent to London. Later he and his mother were accused of corruption and manslaughter (21 August grenade attack), tried, found guilty and sentenced to imprisonment for ten years (Tarique for life). In the eyes of the law, Tarique is a fugitive but he still calls the shots, sitting in London. BNP in a naïve manner changed their party constitution and incorporated a clause saying that even a convicted person could hold office in the party.

The recent parliament election was an opportunity for BNP to get out of the clutches of a convicted and arrogant person and reform the party with people of experience and farsightedness but they failed to do so. Compared to that, when Awami League faced a crisis of existence, after the killing of the Father of the Nation, many of its second line leaders came forward to hold the reigns of the party and steer it out of difficult times. The names of Begum Zahura Tajuddin (wife of the first Prime Minister of Bangladesh Tajuddin Ahmed who was murdered in the Dhaka central jail on the night of 3 November 1975 along with others), Abdul Malek Ukil, Zillur Rahman, Abdus Samad Azad, young Abdur Razzak, Tofail Ahmed and a few others must be mentioned.

When Awami League contested the first parliamentary election under Zia in 1979, the party was going through its most difficult times. Zia allocated them only 39 seats in the parliament. It was totally a rigged election. Historically Awami League never shied away from any election and even in the most difficult times it bravely faced the odds and contested all the elections, except the sham one held under Begum Zia on 15  February, 1996.

BNP leaders often threaten that it will launch a mass movement on the streets to release its Chairperson Begum Zia, not realising the fact that a party without committed supporters, like the Awami League, cannot make a mass movement. Most of the BNP leaders and its supporters have joined or support the party for self interest or for some reason does not like Awami League. Sheikh Hasina, the one of the surviving daughters of Bangabandhu, returned to Bangladesh after spending six years in exile and took hold of the party to bring it back to power. She had the experience, courage and vision, inherited from her slain father. She consults her party leaders before taking any important decision. Making a comeback after 21 years in forced exile, Awami League in 1996 formed a government.

So, for those who ask if Awami League can make a comeback, why the BNP can’t, the answer is very simple – not this BNP. It will have to de-link itself from the dark history of its past and have a leadership which can foresee the future and chart its path. As of now, it will not be able to go far under the leadership of a fugitive. He does not have anything to lose. He has made a fortune to last for three generations using the BNP’s flag as his vehicle.