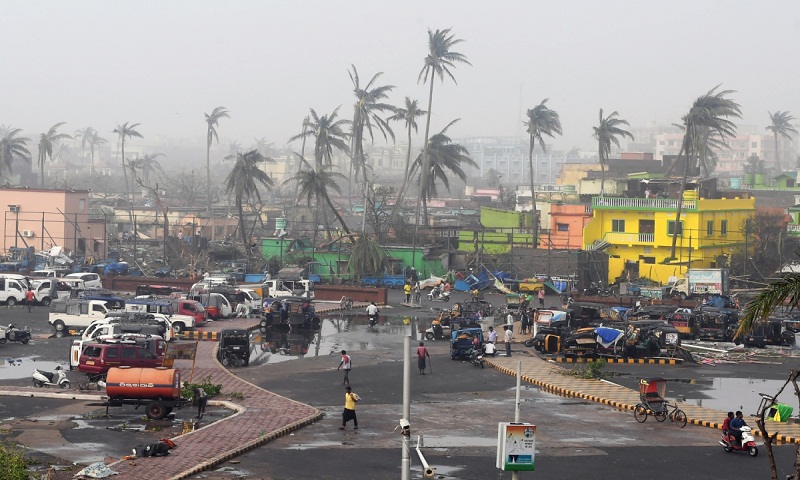 At least 1.51 crore people spread over 16,659 villages have been affected by the Cyclone Fani while over 5 lakh houses were damaged and 41 casualties reported, said Odisha government in its first preliminary damage assessment report on Friday.

The report stated that over 14.70 lakh people had been evacuated and sheltered, and 25,000 tourists safely evacuated from Puri, Ganjam, Cuttack and Balasore districts.

Evacuation figures were earlier around 12 lakh, but in today’s report it was stated to be over 14 lakh.

The figure has, as was the case in 2013 during Cyclone Phailin, raised eyebrows as it begs an answer whether the shelters in certain districts have the capacity to accommodate the kind of figures that are being dished out by the government.

Another aspect that raises questions is the number of districts affected by the cyclone. The government today said 14 districts were affected.

It is widely known that Puri, Bhubaneswar, Cuttack were severely hit but the rest were ‘moderately’ affected.

Assessment of damage to crops – agriculture, horticulture, animal resources, and fisheries – has not yet been done, said officials.

The preliminary report listed out details of the damage in various sectors.

Power infrastructure has been totally wiped out with five 400kv towers, 27 220kv towers, 21 130kv towers and four grids being damaged.

Almost two lakh houses have been damaged in Puri district alone. Government buildings like circuit house, collector and SP office and residents were all devastated.

At least 15 lakh hectares of agriculture area has been affected said the report, reports The Statesman.