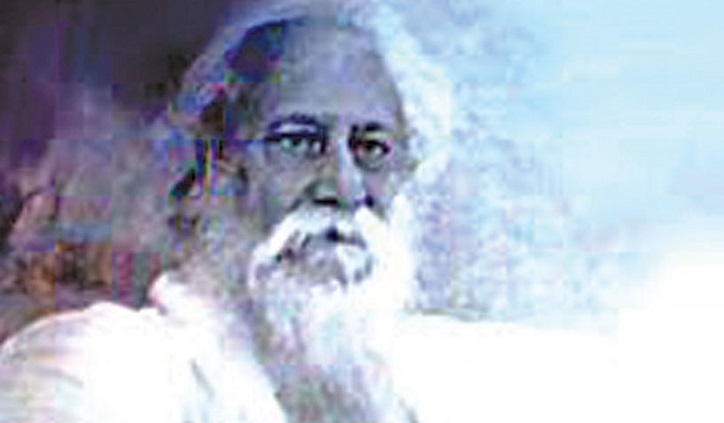 In South Asia and to the wider world, Tagore has long been known for his literary contributions as a poet, a novelist, a playwright, a painter, and, of course, a philosopher. In every conceivable way, he was a global literary giant. His arc of life straddled and synthesised not only the two strands of civilisations - the East and the West - but also the two centuries. These two centuries witnessed great hopes and great dislocations - spanning from the second half of 19th century to the first of the 20th century until his death in 1941. He went through both the traumas and anguish of the World War I and the painful beginning of the World War II.

This context also leads to a bigger question: What lessons do those times have for today's world? Isn't today's world vastly different from the world Tagore lived and dreamt in? Haven't the times changed?

Taken together, these micro and macro questions are neither simple nor do they have simple, neat answers. Let it be stated in no uncertain terms that I do not want to make the lofty claims that I can give you all these answers based on Tagore's life, his experiences, and experiments. I also do not want to take the route of other authors who have written countless pieces that have often deified Tagore and his contributions almost to the point that his insights into human life and soul appear divine and non-replicable.

Instead, tonight I want to make a more modest effort of sharing with you a holistic, bottom-up, and integrated look on his views on development that touches upon the various spheres of human lives. Tagore's thoughts and views remain deeply insightful and relevant today because they were based upon his acute sense of observations and proximity to the people. His views were inherently humane and inclusive, a product of his time, background, and temperament, which seemed a century ahead of its time, before similar views started emerging in the global mainstream developmental discourse.

What world did Tagore live in?

Tagore was born in the aftermath of the India's first war of independence (1857), commonly known as the Sepoy Mutiny, in a colonial world that was in a great flux. The Western world then was undergoing a rapid phase of globalisation through trade and capital flows. Industrialisation was gaining pace in Europe and the Americas, as the world's economic and political centre of gravity gradually shifted westward towards the US.

There was also a rapid growth in technology, communication, transportation that made the world smaller, including through the expansion of railroads, electricity, telegraph, telephone in the US, Europe, and even in Asia. Unfortunately but unsurprisingly, the dark side of unbridled capitalism and industrialisation created inequality, which led to the movement for the workers' rights. Industrialisation and colonial priorities also disrupted the pristine environment. From the late 19th century onwards, the communist movements in many parts of the world gradually gathered pace as the Marxists interpretation of history and progress gained popularity. This interpretation promised dialectic evolution of human conditions. As part of the widening demand for human rights, women's suffrage movements also gained strength. 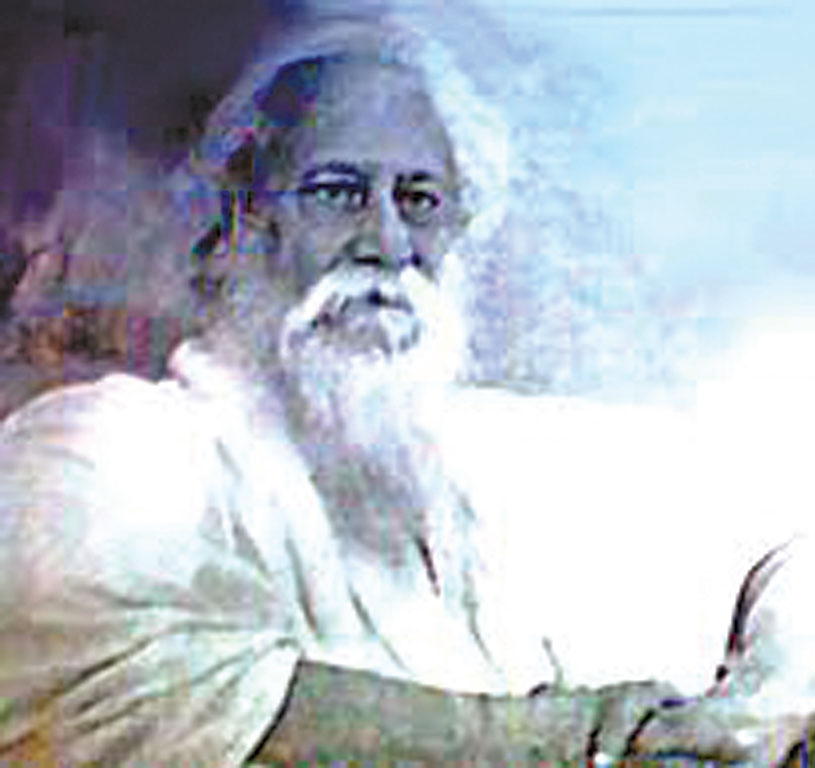 At home in the colonial India, the story of change in the second half of the 19th century was more complex. Building on the strength of the Bengali Renaissance and the social reforms that started in the earlier part of the 19th century, aspirations for freedom and development became more pronounced. Railroad and trade connected India, especially Bengal, within and with the world. Land was fertile but Mother Nature was volatile with floods, droughts creating famines. Amid these great changes, during Tagore's teen years, during the 1870s, India witnessed several tragic and multi-year famines in Bihar, Bengal, and Madras, which devastated the country sides and the already poor peasants.

It was during the 1870s that a young Tagore had his first-hand exposure to the Western world during his 18-month-stay in the UK. Afterwards, with a globalised views and the experience of Western social exposure, he saw up close a famished countryside when he started working in his family's landed estates (zamindari) in Eastern Bengal that now is in today's Bangladesh. This great divide of his own experience at an early age - between the rapidly transitioning West and the famished rural Bengal - during the 1870s shaped the depth of his perspectives and laid the early foundations of many of his thoughts on developments, which were essentially global, humanistic, experimental, and syncretic. A world in a great flux provided the ingredients behind the unique nature of Tagore's views that needed synthesis, pragmatism, and a non-ideological approach to addressing the discontent that prevailed in the developing world. This discontent was a result of globalisation and rapid changes brought about to the lives of the human beings and their relationship with the planet.

Throughout the long arc of human civilisations, time and history often moved ahead not only like a river but also like the tides that go through cycles. Delved deeply, today's world in many ways appears to be pregnant with many of the echoes of the changes Tagore's world witnessed more than a century ago. It is the today's echoes of the past changes that make Tagore and his views so relevant today.

The world is now in an unprecedented flux, amid globalisation, industrialisation, urbanisation, inequality, and technology. Tagore's world of one billion people now houses seven billion people that often do not fully appreciate the tenderness of the planet. The enthusiasm about a lopsided free-market capitalism that has been accompanied by simplistic views on the impact of globalisation, without much concern about the corrosive inequality and environmental degradation, appeared deflated in the aftermath of the recent global financial crisis. Capitalism is, indeed, in great danger as it has not only ‘stopped providing for the many’ as articulated recently by former RBI Governor Rajan but also destroying the planet. Tagore attributed unlimited greed of the people for the latter in his essay “Aronya Debota” (‘God of the Forest’).

Globalisation is now facing a backlash that is making many populist movements forget all its benefits, but instead creating blind polarisations. Rapidly advancing technology, including mobile phones, social media, automation and artificial intelligence, is adding more complex dynamics to this disequilibrium that is now threatening the functioning of democracy, disrupting the traditional economic ladders and weakening social cohesion. Growing inequality, indeed, has been making profound impact on social cohesion and moral compass. Furthermore, climate change, amid industrialisation and urbanisation, will only aggravate these challenges over the coming decades. In fact, the climate change challenges are already starkly visible across the continents making the planet and the people look so vulnerable and helpless. There is also a positive side to this. In the aftermath of SDGs and Paris Climate Agreements, apparently a global moral consensus is emerging around the issue of resource efficiency. Are we using more resources than we need and depleting the same, depriving the future generations? Are we instilling the values of saving the world into our societal and political discourses for sustainable development?

Whether we can find the right solutions at the right time will depend on how creatively and cooperatively we work with and learn from each other and from the successes and failures of our past; on how we learn, educate, and unlearn.

Many of these problems and, therefore, their solutions are inherently interconnected. Any sustainable solutions will have to be centred on the people and the planet. Tagore's views give us a glimpse of the applications of those universal principles in finding solutions for the rural society in Bengal in an interconnected and humane way. His thoughts on education highlight creativity, empathy, aspirations that we need to cope with and thrive in a world that is shaped by technology. Tagore's thoughts on rural development build on the theme of holistic cooperation. Tagore warns us against a simplistic, narrow, and fad-driven vision of development that many development practitioners over the years have succumbed to.

In many ways, as the popular saying goes, things remain the same the more they change. As was true during Tagore's lifetime, now is a time that has experienced great hopes through the unprecedented reduction in global poverty but also many dislocations in our lives, society, and environment. There are also shifting currents of anxieties, as the benefits of globalisation and technology are unevenly shared within and across countries. These cross-currents are complicating global geopolitics and fomenting divisive nationalism as the economic centre of gravity is shifting from the West toward the East, fuelling the wrong perceptions that development is a zero-sum game.

Development does not have to be that way. In fact, it is not.

The fascinating journey of inclusive development of Bangladesh owes to a great extent to the solid socio-cultural perspectives created by iconic cultural and political personalities and their creative leaderships. Rabindranath Tagore, the first Asian Nobel laureate in literature, undoubtedly made a huge contribution in developing a strong cultural base for an inclusive society and economy in Bangladesh which was born out of people’s deep aspirations for equity in 1971.

The UN's Sustainable Developments Goals 2030 agenda invite us to work together to find collaborative solutions to end poverty, protect the planet, and ensure that all people enjoy peace and prosperity. In his own ways, Tagore thought deeply about many of these developmental concerns in interconnected and humane ways. Obviously, I could share with you only the ‘tip of the iceberg’ encompassing deeper insights of Tagore on the multifaceted issue of sustainability tonight in this short dinner talk. However, if I have been able to connect, even if only a few of you, with the ongoing concerns of universality and the constancy of human needs and human queries through the eyes, the heart, and the soul of Tagore I will, indeed, feel humbled tonight.

Let me conclude this speech with a few lines of Tagore from ‘Hay More Durbhaga Desh..’ (Disgraced), a poem from Gitanjali which reflect so adequately the core theme of SDGs –‘No one will be left behind.’

“Those whom you push down will chain you down

Those whom you leave behind will pull you behind

The more you envelope them under darkness of ignorance

The more distant will your own welfare be!”

The writer is an eminent economist and former governor of Bangladesh Bank.