6 doctors get show cause notice for criticising Mashrafe in Facebook 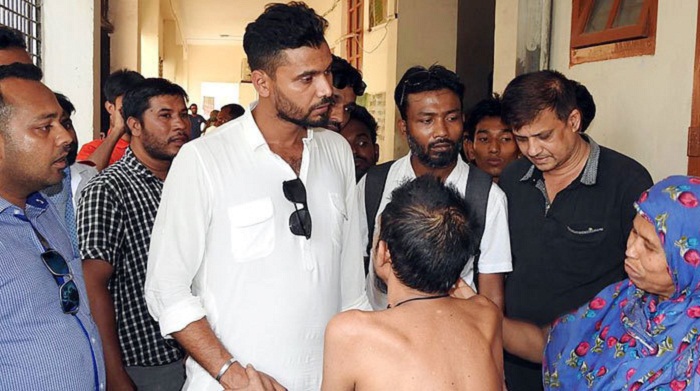 The Health and Family Welfare Ministry on Tuesday issued a show cause notice against six doctors as they reportedly defamed Bangladesh national cricket team (ODI) captain and MP Mashrafe Bin Mortaza through facebook’s posts and comments.

The Directorate General of Health Services of the ministry asked the accused to submit their reply within next three working days in the notice.

The notice was signed by the deputy secretary Shamima Nasrin on Tuesday.

During the visit, Mashrafe went to different departments and wards of the hospital and taken aback to see that there was only one doctor on duty to look after the entire health facilities.

Then, he phoned the doctors, who were absent, disguising himself as a patient. Later, introducing himself as a lawmaker of Naril-2, he asked the doctors why they were not serving their duties as per the rules but physicians concerned were unable to answer him properly.

The Health Ministry issued a gazette notification and made four absent doctors of the hospital officers on special duty (OSD) on Monday.

Mashrafe managed the authorities concerned to halt the punishment of four doctors, who were made OSD.

Due to this, a part of doctors’ community became agitated and criticised MP Mashrafe in social media.

The accused six doctors reportedly criticised Mashrafe bitterly in their facebook’s posts and comments. As a result, The Health and Family Welfare Ministry issued a show cause notice against them through a gazette notification.