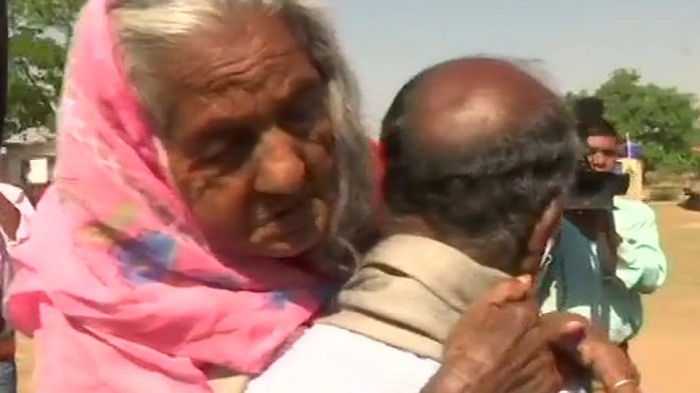 A 105-year-old woman was among the 6.5 million voters to cast her franchise on Monday in Jharkhand, where polling is being held in four parliamentary constituencies during the fifth phase of the Lok Sabha election 2019.

She was carried to the polling booth number 450 in Hazaribagh, where Union minister of state Jayant Sinha of the BJP is in the fray, by her son. Her photographs were shared by news agency ANI on Twitter.

Union minister of state Jayant Sinha is looking for a second term from Hazaribag, represented in the past by his father Yashwant Sinha, and is locked in a direct contest against Congress’ Gopal Sahu.

Voting was conducted in the state in three seats of Palamu, Chatra and Lohardaga, which witnessed a sizeable jump in voter turnout despite the blistering heat in the region, in the fourth phase across the country and the first in the state on April 29. The state sends 14 members to the Lok Sabha.

The rest of the seven seats will vote in the sixth and the seventh phases of the Lok Sabha election. The votes will be counted on May 23.